Government of Uganda has come out to dismiss as untrue the recent media reports claiming that the Airbus 300-800 neo series aircrafts for which Uganda recently placed a firm order is an an “unwanted” aircraft by many players in the aviation industry.

Last week, Uganda signed a memorandum of understanding with Airbus for two A330-800s worth USD 586 million.

This was announced during the biannual Farnborough Air Show in the UK by Uganda Airlines chief executive officer, Ephraim Bagenda and Eric Schulz, the Airbus chief commercial officer.

On the same day, Bagenda also announced that Uganda had placed another firm order with Canada’s Bombardier for four CRJet 900 series jetliners.

This followed payment by Uganda of commitment fees of USD 1.2m to M/s Bombardier and Airbus to facilitate start of the aircraft manufacture.

But the news regarding the firm order particularly for the Airbus planes has sparked questions on why Uganda opted for variants which some consider to be largely resented by carriers across the globe.

Regional newspaper, The East African subsequently carried a story labelling the A330-800 Neo variant picked by Uganda as “unwanted”. The same story was later carried by Ugandan newspaper, Daily Monitor.

The article stated that the Airbus A330-800 Neo lost four orders from TransAsia Airlines in addition to the Hawaiian Airlines. The article further stated that; “For Uganda, the delivery of the two aircraft may not be earlier than 2020, given that the plane is still in its development stage, putting its trans-continental plans as a future prospect”.

Now, Minister for Works and Transport, Eng Monica Ntege Azuba has termed as “misleading” the reports which claim that the plane is unwanted.

“It seems to suggest that the A330neo is an unwanted aircraft while the opposite is in fact true,” the Minister said in a statement on Tuesday.

Industry figures show that the A330 family of aircraft is the most popular aircraft in its class and is preferred by the majority of airlines worldwide, she stated.

The Works and Transport Minister went ahead to state that the A330 family of aircraft has the largest customer base in its class with 105 customers worldwide compared with only 41 customers for its direct competitor the B787.

Regarding the reported order cancellation of A330-800 Neo by Hawaiian Airline, she said that this cancellation could have been informed by numerous reasons which unfortunately, the airline did not disclose. She however added that “our sources” point to political reasons as grounds for the cancellation.

While critics question the choice, purchase plan and grounds for the said variants, the Minister says that a comprehensive explanation on the choice of the Airbus (Airbus A330-800 neo series) over Boeing and the preference of purchase over leasing, instead of leasing were presented to Cabinet on July 09, 2018 and exhaustively discussed.

Compared to other Airbus variants, Eng Azuba says the A330-800neo is a better option given its range payload advantage, its fuel efficient new engine, revamped cabin and other enhancements. 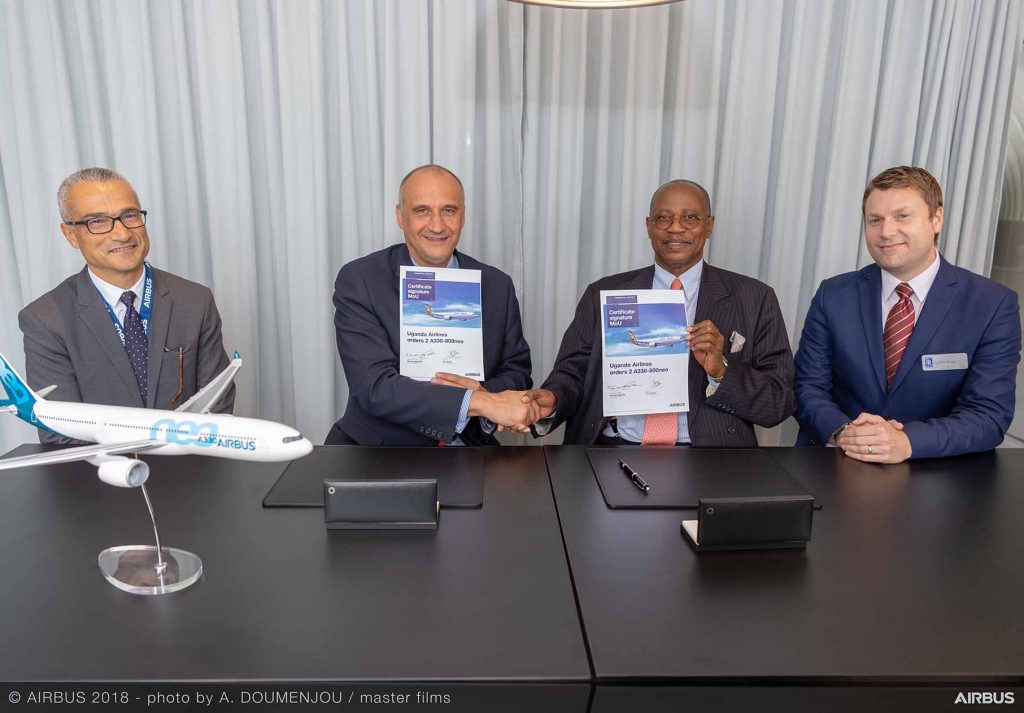 “The A330 neo therefore is essentially the same aircraft as the previous version namely the A330 ceo (common engine option which was the A330-200 and the A330-300) for which Airbus has more than 1,700 orders,” the Minister clarified.

The new engine option (neo), she adds, “brings additional operating efficiencies to this aircraft family and uses a better more technologically advanced engine and that is why it is called the ‘neo'”.

“The A330-800 is therefore not a new aircraft but an enhancement of the existing variant”.

In her justification for the so-called unwanted aircraft, the Minister mentions that its shorter fuselage that allows it to fly longer and further than the current 900 version is what is required for Uganda Airlines to operate non-stop flights on long routes to China and the Far East.

“It is important therefore to understand that the A330-800neo is not an aircraft being designed from scratch but is already within the family as the A330-200 version”.

On maintenance of the aircraft once Uganda finally settles for the purchase, the A330 has a large operator base with 99% spares commonality across the fleets making it easy and cheaper to maintain, according to the Minister.

She noted that a key component in aircraft selection is the availability of spares and support arrangements for the aircraft across the intended network.

The Minister quotes figures that indicate that in the past 5 years, 2014-2018, a total of 30 airlines started long haul flights for the first time with new technology aircraft around the world. Out of these, 26 airlines chose the A330 as their start up aircraft while only 4 airlines chose the competitor Boeing 787 as their first wide-body.

“This is an 87% confidence verdict in favour of the A330 for long-haul operation start-up, compared to the 787 on account of the A330 good performance and lower financial cost”.

She went on to dispute the narrative that the plan to revive the national carrier is being executed in a haphazard manner. Eng Azuba says that the process was started in 2013 on the basis of an analysis and recommendation made by the Presidential Economic Commission (PEC).

Subsequently, studies were carried out by the Uganda Development Corporation (UDC) as well as Ernest and Young (EY). In 2015, the National Planning Authority undertook an in-house study and developed a Feasibility Study which formed a basis for further analysis.

The Airlines was initially ran as a profitable and viable undertaking but towards the mid 1990s, it ran into severe problems which forced government to wind up its operations. 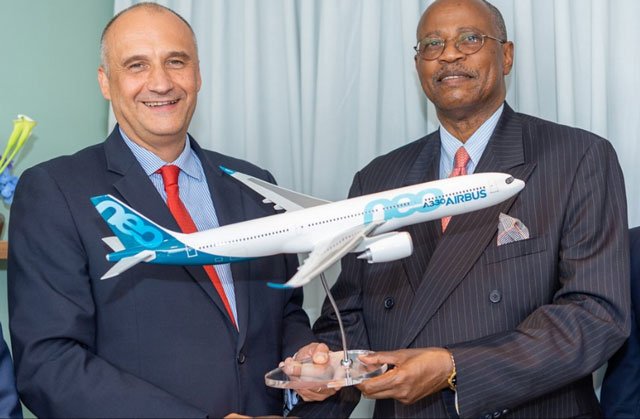