It follows an order made by the Ugandan government in 2018, as part of the plan to revive the national carrier which had ceased operations for the last 17 years.

Earlier this week, the Ugandan government delegation led by the Minister of Works and Transport, Monica Azuba Ntege arrived in Quebec Canada for the official pick-up of the planes.

The two aircrafts will arrive in Uganda on April 23 this year, the Ministry of Works and Transport said last week. 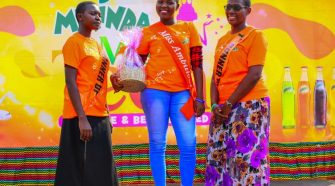