As countries, individuals and other relief organizations across the world continue giving a hand to the thousands of people affected by Cyclone Idai in Southern Africa, Uganda has also sent more than Shs 700m to help the victims in Mozambique.

Cyclone Idai, one of the most devastating storms to hit Africa in decades, made landfall in Mozambique ten days ago with sustained winds of 120 mph (195 kph) destroying thousands of structures.

The tropical storm would then move inland, bringing heavy rain and flooding to a number of parts of Mozambique, Zimbabwe, and Malawi causing death of 762 people out of whom 446 in Mozambique, 259 in Zimbabwe and 56 in Malawi.

Thousands remain stranded in remote rural areas without food and fears of a possible Ebola outbreak.

Now, following a cabinet decision to help the victims last week, President Yoweri Museveni has appointed a delegation including Army representative in Parliament, Gen Ivan Koreta and Uganda’s ambassador to Tanzania, Richard Kabonero, to deliver the financial assistance to the people of Mozambique.

“His Excellency [President Museveni] has directed the Ministry of Defence, Gen Koreta and myself to travel to Mozambique and deliver Uganda’s assistance following a Cabinet meeting. We hope to travel this week,” Ambassador Kabonero said.

According to State Minister of Foreign Affairs, Okello Oryem, the donation is simply a gesture of good will and promised to provide more support as long as resources are available.

“This is just a gesture of good will. When we get more funds in the future, we shall send more aid to our brothers and sisters in Mozambique,” Oryem said. “We as government of Uganda, recognise that President Museveni trained in Mozambique in the 1970s.” 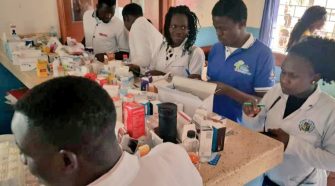