The government of Uganda has protested the manner in which authorities in Kenya have continued to “deliberately constrain and impose unwarranted restrictions” on the importation of Uganda’s milk and milk products into Kenya.

This follows confiscation by Kenyan authorities of Lato branded milk and milk products since January 2 this year. Kenya claims the products are contraband, counterfeit and substandard.

In the note, Uganda says it is deeply concerned about the allegations that they are contraband, counterfeit and substandard, and a sustained negative campaign against Uganda’s milk products.

“This contravenes the principle of good neighborliness and Kenya’s obligations under the Treaty Establishing the East African Community, Customs Union Protocol, and Common Markets Protocol and the WTO Trade Facilitation Agreement”.

Uganda says the illegal seizures were executed despite the fact that the goods had been cleared for entry by the Kenyan Ministry of Agriculture, Livestock and Fisheries, Kenya Revenue Authority, Kenya Dairy Board, Kenya Bureau of Standards and Port Health Services.

The products in question are certified by the Uganda National Bureau of Standards, adding the EAC laws require partner states to accept each other’s quality and certification marks, Uganda adds.

Kampala has further expressed concern over the “unfounded claim” by Kenya that the products are counterfeit and yet they have been exported by Pearl Dairy Farms Ltd, who are the registered owners of Lato trade mark and are being picked from the warehouses of authorized distributors.

“Worse still, no documents are issued when the products are seized. The seized products are being kept in conditions that do not meet the basic requirements for keeping such perishable products”.

Uganda also makes reference to a verification exercise held in December last year to allow Kenyan officials verify whether the increasing Ugandan milk exports to Kenya were indeed Ugandan products that qualify for preferential treatment within the framework of the EAC Customs Union Protocol.

“The Ministry would like to recall however, that on account of the verification exercise, it was not in doubt to the Kenyan delegation that the milk was indeed wholly originating from Uganda”.

Furthermore, Uganda has expressed disappointment that senior Kenyan government officials later claimed that the bilateral meeting on trade held on December 19 had agreed that Kenya imposes a 16% VAT on Ugandan milk exports yet this was not the case.

“Such an action would be in contradiction of Article 15 1(a and b) of the Protocol Establishing the East African Customs Union on National Treatment….for avoidance of doubt, a State party cannot impose VAT on Ugandan milk exports without imposing the same on domestically produced ‘like’ products”.

Kampala adds that given that the trade balance between the two countries currently favors Kenya, “it is unfortunate that an increase in exports of milk by Uganda can elicit such a profound and negative reaction from the government of Kenya”.

“The Ministry would like to recall that Uganda also has strategic sectors within her economy which experience high levels of imports from Kenya but has not taken the route Kenya has taken. At the moment, the government of Uganda is exercising maximum restraint but reserves the right to reconsider this position”.

Uganda has thus requested Kenya to immediately release the seized consignments of Lato branded milk and to cease any operations specifically targeting Ugandan made milk.

Government is also asking that Kenya refrains from any actions against Uganda’s exports to Kenta that contravene the EAC protocols, and to take responsibility of any spoilage of the products that may have been suffered during the detention of the products.

Uganda has advised Kenya to address any trade concerns within the existing EAC and bilateral frameworks rather than using arbitrary means that could jeopardize the otherwise blossoming trade relations between the two countries. 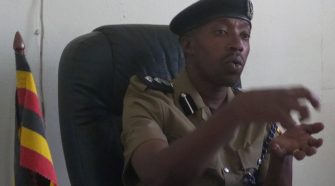