The gorilla population in Uganda’s Bwindi impenetrable national park which is home to 43 percent of the world’s mountain gorillas has increased from 400 in 2011 to 459, according the latest census results released Monday.

The results are from a survey conducted by the Protected Area Authorities of Uganda and DRC under the Greater Virunga Transboundary Collaboration, to establish the population of the primates in the protected areas of Bwindi (Uganda) and Sarambwe (DRC).

Conservationists have waited for the census results for a long period of time. In Uganda, mountain gorillas are only found in Bwindi and Mgahinga national parks, but Bwindi has the highest population.

According to the latest figures, the world’s gorilla population, only found in the Virunga Massif (Uganda, DRC and Rwanda) now stands at 1,063.

The 459 individual gorillas were found in 50 groups and 13 solitary individuals, Uganda’s Minister of Tourism, Prof Ephraim Kamuntu said while releasing the results on Monday at Kampala Serena Hotel.

The survey involved teams which walked predetermined reconnaissance trails ensuring thorough coverage of all forest areas to sweep Bwindi, Sarabwe and search for signs of gorillas, other key mammals and human activities.

When fresh gorilla signs were detected, the teams followed the gorilla trail to locate three recent night nest sites. At each of these sites, teams collected fecal samples from the nests. The fecal samples were analyzed genetically to determine individual genotypes.

The sweeps were conducted in two phases – March to May 2018 and October to December 2018.

A second sweep allows to detect gorillas that were undetected during the first sweep and provides more reliable data. 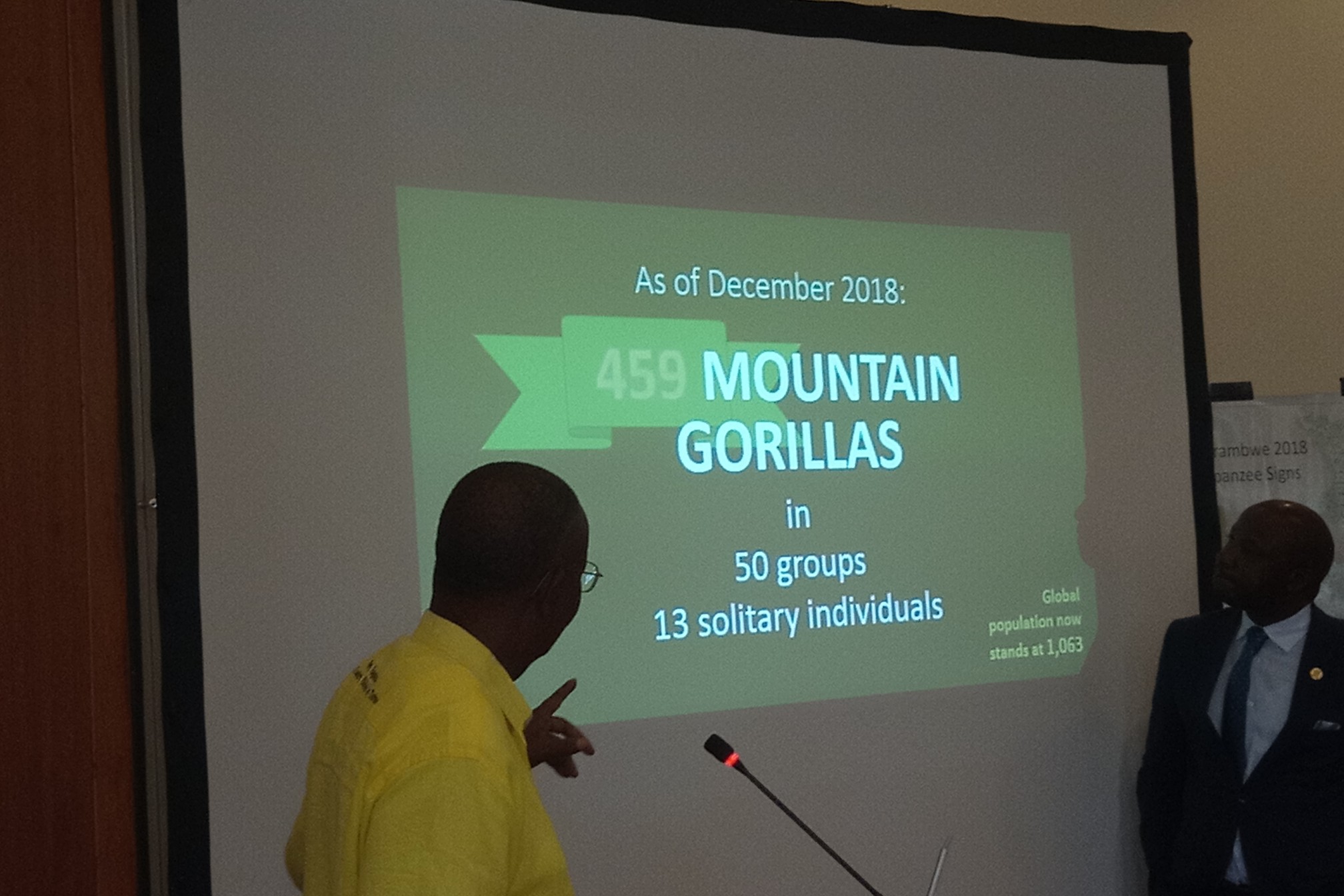 In 2016, a census of the gorillas in the Virunga Massif which includes Mgahinga put the population at 604. However, at the time, authorities could not state with certainty what the global population was since the census for Bwindi had not yet been conducted.

The total gorilla families in the Virunga Massif stand at 91 and of these, 50 are found in Bwindi.

At least 30,000 tourists visit Uganda to particularly track gorillas, primates whose threat status was in 2018 downgraded from critically endangered to endangered.

Joseph Arinaitwe, the Assistant Warden for Ecological Monitoring and Research at Uganda Wildlife Authority (UWA) told SoftPower News that the increment of 59 gorillas in Bwindi (since the 2011 census) is commendable progress in conservation of the endangered mammals.

“We have done a good job because the dynamics that surround the reproduction of gorillas are a bit complex,” Arinaitwe said.

“The average inter-birth interval for a gorilla in Bwindi is four years and the survival rate of the infants is also too limited. Of every three infants, only one manages to make it to maturity”.

He said these deaths are due to the hardships including the harsh weather within the Bwindi habitat.

Minister Kamuntu said the census results are very important in reaffirming Uganda’s commitment to wildlife conservation. He noted that Uganda has dedicated 10 percent of its land size to conservation of wildlife.

“Without the efforts by government, the 50% of the world’s total population that Uganda boasts of would have been wiped out,” the Minister said.

“We have succeeded in recovering the numbers of wildlife from the setbacks of our past civil strife. We have a positive path now”.

He said research is critical as it informs policy decisions.

However, Kamuntu also said conservation still faces challenges that include the fast growing population of both humans and wildlife which has put immense pressure on land. He also cited budget constraints and limited technology in conservation.

On his part, the Executive Director of Uganda Wildlife Authority (UWA), Sam Mwandha said the results are testament that UWA has done a good job in its conservation efforts. He also used the event to encourage Ugandans to take interest in tracking gorillas.

Arinaitwe says encroachment on wildlife habitat especially in Bwindi is still a big problem. Part of this results in poaching of these animals.

Bwindi is surrounded by human population, with almost 500 people per square kilometer. Most of these are agriculturalists seeking land for cultivation. He also says the demand for traditional medicine (local herbs) is still high and as a result, people constantly sneak into the forest.

“Poaching is one of the notable challenges. Some of the people around the park still eat antelopes and bush meat”.

In the latest survey, Arinaitwe says, teams discovered 80 snares which are often used by poachers to trap wild animals.

Among other challenges, he says Uganda still lacks the scientific resources required to support conservation especially in the area of advanced research.

“The gorilla census involves advanced methodology, it involves genetic analysis or genotyping of samples collected. And that’s something that as UWA, we may not afford to do by ourselves,” he said. 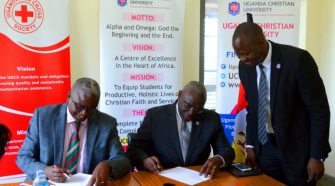