The 15 new cases were part of 2,729 samples that were tested on Thursday.

Dr Henry Mwebesa, the Director-General of health services at the Ministry of Health says they are tracking all drivers who test positive.

“10 new cases are truck drivers who arrived via Elegu while 5 cases are among community samples,’ the ministry said.

. This is in line with a following Presidential directive that only truck drivers who test negative for the disease should be allowed into the country.

According to health ministry officials, the return of positive truck drivers has contributed to maintaining Uganda’s confirmed cases at below 300 at the moment.

But the World Health Organisation has reiterated that there is still a long way to go in battling the pandemic.

The Agency’s Director-General Dr Tedros Adhanom Ghebreyesus has indicated that in the last 24 hours, WHO had received reports of 106,000 cases, “the most in a single day since the outbreak began”, with nearly two-thirds in just four countries.

“We’re very concerned about the rising numbers of cases in low and middle-income countries”, flagged the WHO chief. He relayed that in the World Health Assembly, Governments outlined that their primary goal was to suppress coronavirus transmission, save lives and restore livelihoods.

He, however, hailed a landmark resolution which sets out a clear roadmap of the actions needed to sustain and accelerate the COVID-19 response at both national and international levels.

The resolution was adopted on Tuesday by the World Health Assembly 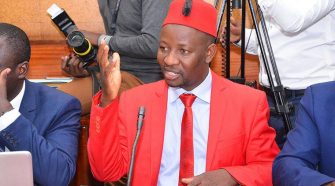