KASESE – Five people who are part of a family whose two members tested positive and died of Ebola, have been repatriated back to DR Congo, the Ministry of Health said on Thursday.

The Minister said the five were repatriated on Thursday at 10am in a collaborative effort with DRC authorities.

Those repatriated are; mother of the deceased index case, the 3-year-old confirmed Ebola case, her 6-month old baby and the maid.

“The father of the deceased index case who is Ugandan also agreed to be repatriated with his family. All the six people who entered Uganda from DRC have now been accounted for,” Aceng said in a statement.

The decision to have the patients repatriated was reached after a consent from patients and relatives following a meeting in Bwera in Kasese District on Wednesday between the two teams.

Dr. Tshapenda Gaston led the team from Ministry of Health of DRC.

Aceng said the DRC team was invited so as to harmonize ideas on how to further strengthen screening at the border points, prompt sharing of information and conclude the signing of the Memorandum of Understanding with DRC that also includes cross border movements of patients.

As of now, there is no confirmed case of Ebola in Uganda. However, 3 suspected cases not related to the deceased index case remain in isolation at Bwera Hospital Ebola Treatment Unit, the Minister said.

“Their blood samples have been sent to Uganda Virus Research Institute (UVRI) and results are pending,” Aceng said.

She added that Uganda remains on a response mode because we have 27 contacts of the index cases following up the three suspects.

Aceng has allayed the anxiety among Ugandans, urging them to take note that Uganda possesses experience and capacity give the fact that it has handled an Ebola outbreak previously.

“It is important to note that Ebola spreads through body contact, body fluids including floods, saliva, tears so we have to be careful and report anybody with signs and symptoms of Ebola to the nearest health facility,” Aceng noted.

“We need to remain extremely vigilant at the board points of entry because the Ebola situation in DRC is still going on and we have relatives and friends on that side together with the market days on Tuesdays and Fridays, the risk remains extremely high”.

On Thursday, the Ministry of Health reported the second death out of the now three confirmed Ebola cases in the western district of Kasese.

A day before, Minister Aceng said two more Ebola cases had been confirmed. The first confirmed case was a 5 year old Congolese child who traveled from the DRC with his family on 9th June 2019. The boy and his grandmother have since died. 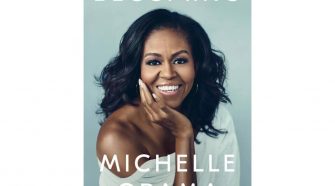