The United Nations has finally decided to retain its UN Regional Service Center (RSC) in Entebbe, calming what had become a sensitive issue of national importance for Uganda.

The matter had come close to causing a diplomatic row between Uganda and the United Nations, sucking in President Yoweri Museveni and Parliamentarians.

The revelation on the decision to maintain the Entebbe multipurpose UN Centre came on Thursday. Speaker Kadaga told Parliament that she had received information that UN Secretary General, Antonio Guterres had approved for the UN base to be kept in Uganda. Reports say Kenya was being considered highly as the other alternative.

“We have some good news about the UN Base. I am told that António Guterres has said that the base will remain here. I want to thank the Members for the vigilance, and to congratulate the President and the government. Ugandans should now rest assured,” Kadaga told MPs.

She applauded MPs for putting up a spirited fight to have the United Nations Regional Services Centre currently situated in Entebbe retained in Uganda.

The reconsideration by UN, some analysts say could have been influenced by the personal involvement of President Yoweri Museveni in the matter demonstrated through a protest made recently made to the UN.

The President recently wrote a letter to Antonio Guterres expressing displeasure in the plans to have the Centre moved elsewhere. Museveni regarded the move as unfair.

The President’s argument in his note to Gueterres was hinged on the need for equity in the spread of UN facilities as well as the proactive role Uganda played in fostering peace and stability in different parts of Africa.

Museveni wondered why Uganda whose contribution towards restoration of peace is prominent would not be a suitable candidate for a Centre that coordinates several peacekeeping missions in Africa.

Currently, the Shs 21 billion facility provides a range of administrative, logistics and information and communications technology services to thirteen client missions in Africa, representing over 73% of all United Nations peacekeeping and special political missions worldwide.

It coordinates UN Missions in; Central African Republic, Mali, Democratic Republic of Congo, Darfur (Sudan), Abyei (UNISFA), South Sudan, Somalia, the Office of the Special Envoy of the Secretary-General to the Great Lakes Region and Burundi.

Yesterday Parliament mounted pressure on government, particularly the Ministry of Foreign Affairs to take the issue seriously and lobby against relocation of the Entebbe centre. Most of the MPs argued that relocating the UN base would have significant economic effects including unemployment for about 280 Ugandan staffers currently working there.

Lwemiyaga county MP, Theodore Ssekikubo told Parliament that the Centre needed to stay at Entebbe since it brings in the country about USD 30 million per year and its staff use Ugandan hotels, eat Ugandan food and use Ugandan facilities.

“Whatever shade of opinion, we must stand for Ugandans and urge government to do all it takes to ensure that the country doesn’t lose the centre,” he said.

When the issue first emerged early this year, Uganda’s top diplomats promised that they would relentlessly bid to have the base remain in Uganda. 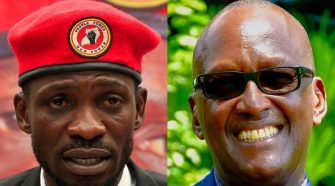