President Yoweri Museveni has met his South African counterpart, Jacob Zuma on the sidelines of the 30th Ordinary Assembly of Heads of State and Government of the African Union in Addis Ababa, Ethiopia.

The two leaders signed an agreement on defence, peace and security cooperation between Uganda and South Africa.

Uganda has enjoyed cordial relations – political and economic with South Africa dating back to the struggle against apartheid rule.

In November 2012, bilateral relations between the two countries were further strengthened when the South Africa -Uganda Joint Commission of Cooperation was inaugurated in Pretoria.

The joint cooperation was to see the two countries relate issues pertaining to political, socio-economic and security issues on the Continent and internationally.

Both countries have participated as key role players in the peace building process in Burundi, with Uganda as Chair of the Regional Initiative and South Africa as Facilitator.

During Indaba 2017 travel show in Durban, President Zuma lauded Uganda as “such a beautiful country.” 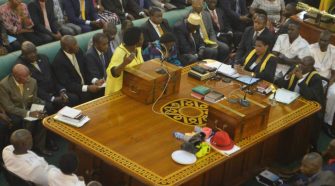