Uganda Cranes has suffered a 3-1 loss to the Chipolopolo of Zambia in their CHAN championship opener at the Grand Stade Marrakech.

Cranes missed a chance to take the lead through Allan Kyambadde when his ferocious strike in the 3rd minute was saved by the Zambia goalkeeper.

Zambia’s Lazarous Kambore gave his side a lead after he scored in the 38th minute before Derrick Nsibambi equalised for the Ugandans two minutes later, ending the first half at one all.

Sadam Juma almost gave Uganda a lead in the 56th minute but his attempt sailed over the bar from a free kick which resulted from a foul on Muzamiru Mutyaba.

Augustine Kabaso Mulenga sealed it off for Chipolopolo when he scored Zambia’s second goal in the 63rd minute slimming Cranes’ chances of winning the game. This prompted Cranes coach, Sébastien Desabre to introduce striker Muhammed Shaban in the place of Saddam Juma.

Uganda’s goalie, Benjamin Ochan helped Zambia to secure a comfortable win when he scored his side in the 72nd minute ending the game 3-1 in favor of Chipolopolo.

Cranes’ next game will be played on January 18 against Namibia before entertaining Ivory Coast on January 22 in their last group game. 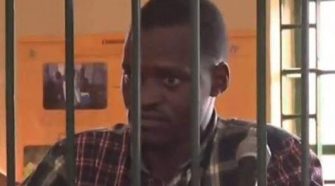