The Ugandan government through the Ministry of Foreign Affairs has finally given official response to an array of allegations made by the Rwandan government, after a week of paralysis at the Uganda-Rwandan border of Katuna.

Since the blocking by Rwandan authorities of Uganda’s cargo trucks from crossing to Rwanda through the three border posts, and stopping their nationals from crossing to Uganda, several officials in government have severally reiterated that the Ministry of Foreign affairs was handling the situation.

However, Uganda’s top diplomat, Sam Kutesa has been tight-lipped ever since, supposedly exploiting the backdoor diplomatic channels with Kigali.

“It is false that Uganda hosts any elements fighting Rwanda. Rwanda knows that very well as it has been a matter if confidential communication at the highest level of the two countries,” Kutesa said in a statement.

“Uganda doesn’t and cannot allow anyone to operate from its territory that threatens the neighbour as alleged. This is a principled position. We are fully aware that our own development can ot take place without peace and security in the region,” he added.

The Minister says this is the reason why Uganda has continued to champion closer collaboration and coordination with regional groups.

On allegations of arresting, torturing and harassing Rwandans, Kutesa says the allegations are false since Uganda welcomes all foreigners who visit Uganda and operate within the laws of the land.

“It is well known that Uganda welcomes and maintains and open door policy for people of all nationalities including Rwandans wishing to visit the country. Rwandans are welcome to visit Uganda,” Kutesa says.

It is not by mistake that Uganda is the largest refugee host country in the continent, he adds.

Citing the gruesome murders of different Muslim clerics and government officials in the recent past, Kutesa said government is vigilant and “committed to protecting the security of its citizens and its borders and will act accordingly against local and foreign threats.”

On Uganda restricting business with Rwanda as the latter alleges, Kutesa equally said this is untrue.

Uganda is a leading vocal advocate for regional integration and building closer connectivity in trade with her neighbours including Rwanda, he mentioned.

He says “it is unfortunate the movement of goods and people across the common border with Rwanda has been restricted.”

The Minister adds that the closure harms the economies of the two countries and social interaction as well as the integration efforts under the East African Community.

According to Kutesa, “Uganda is committed to addressing any trade related issues, because were convinced that doing so strengthens our regional integration and also helps us integrate faster into the global economy.”

In addition, he described Rwanda as a “brotherly country” and that Uganda is ready to attend to any issues raised by the former, “to strengthen our bilateral relations and cooperation.” 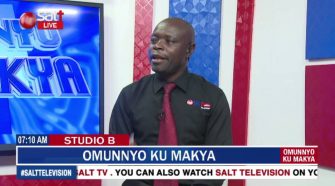