FUFA Youth Development Officer, Bashir Mutyaba, who also serves as the coordinator of the U20 national football team has revealed that the football governing body resolved to field Cubs (U17 national team) in the upcoming CECAFA U20 tournament.

He said the move is intended to prepare Cubs for the Total AFCON U17 finals slated for April 2019 in Tanzania where Uganda will be playing for the first time.

Uganda has a chance to play in the FIFA U17 World Cup should they reach the semi-finals.

“We have summoned the U17s because we are preparing them for the upcoming Total AFCON U17 tournament. We want to use it as a preparation contest for the boys to gain the competitive advantage,” said Mutyaba

On Friday, a thirty one man squad reported to the FUFA Technical Centre in Njeru, where they are residing until the tournament kicks off.

Uganda will host the championship slated for January 24 to 17 this year.

Meanwhile, Hippos had a practice match on Sunday with JMC Hippos at the FUFA Technical Centre, Njeru.

The tournament is played for the first time in 8 years. Uganda won the past two editions staged in 2006 and 2010 in Tanzania and Eritrea respectively. 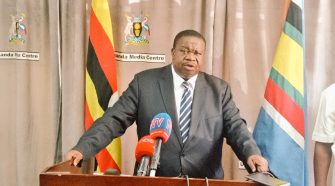