In a bid to showcase Uganda’s tourism potential beyond borders, a 45-minute film featuring Uganda’s mountain gorillas will be premiered Sunday at the Berlin Travel Festival in Germany.

The gripping 45-minute travel report, dubbed ‘The Pearl of Africa – Explore’ is an exciting cinemic journey through Uganda by Film Makersa Germer and British YouTuber and Videographer, Thomas Alex Norman.

The film features the two on an epic road trip across Uganda meeting not only our closest relatives the gorillas and chimpanzees, but also the vastness of Kidepo National Park and the rapid water falls and source of the Nile.

“This film is geared towards shading light on arguably Uganda’s most sought after tourism product; Mountain Gorillas” read a line in a press release note.

The journey is even more impressive when you take time off to look at the beautiful and unique landscapes and social interaction moments with humorous Ugandans.

The film seeks to pave way for Uganda as home to about 53.9% of the world’s remaining population of Mountain gorillas, making it the most sought after location for gorilla tracking.

Lilly Ajarova, the Chief Executive Officer of the Uganda Tourism Board (UTB), responding to this recent development said, showcasing Uganda’s mountain gorillas at such a global gathering would go a long way in raising Uganda’s profile as a top tourist destination.

“It is such a huge honor that our foremost tourism product will be showcased at the Berlin Travel Festival. We are positive that this will bring great success and sell us a leading destination,” she added.

The documentary is a result of a familiarization trip organized by the Uganda Tourism Board (UTB) alongside KPRN, Uganda’s Marketing Destination Representative in Germany, Austria and Switzerland in October 2018.

The film was developed specifically for this festival, a unique place of artistic exploration and one of the largest public film festivals in the world, the Berlin Travel Festival comes with a mixed blend of conference, exhibition, networking events, workshops, entertainment and master classes.

Uganda’s Bwindi national park had a total population of 400 mountain gorillas according to statistics from the 2011 census but this figure has since increased.

The population for the mountain gorillas across the three neighboring countries of Uganda, Rwanda and DRC have surpassed 1,000, according to the figures from a census conducted in 2016.

The Berlin Travel Festival will take place in the Arena Berlin under the motto “Travel Different” and unites adventurers, discoverers and brands of today.

Around 100 speakers and 150 exhibitors are sheduled to present papers on the latest innovations, original ideas and exciting destinations.

Above that, the three-day event will revolves around new perspectives on the subject of travel – whether it’s a weekend trip to your favorite metropolis or a life-changing journey. 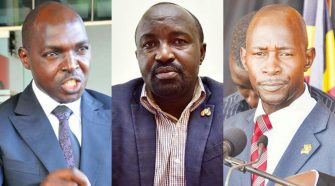