Uganda is set to begin conducting vaccination against the Ebola disease for health workers as the epidemic continues to claim more lives in neighbouring DRC.

Government through the Ministry of Health announced on Friday that the vaccination will target front line workers in the fight against Ebola. The vaccination will begin this coming week, Minister for Health, Dr Jane Ruth Aceng said.

“The Ministry of Health would like to inform the public and the entire world that it will conduct compassionate use of the Ebola vaccine (rVSV) for healthcare and frontline workers and ring vaccination in Uganda, starting next week,” the Minister said at a news conference at Uganda Media Centre.

As neighbour to the DRC, Uganda is on high alert due to the high risk of the Ebola threat.

Minister Aceng said that due to cross border relations, the level of movements have been high traditionally due to visits to relatives and now heightened as the population looks out for safety, trade and medical attention.

“Based on this context, the public health risk of cross-border transmission of Ebola to Uganda was assessed to be very high at the national level”.

“An undiagnosed Ebola patient could present to a health facility in Uganda for medical attention. This context puts the health care workers (HCW) and frontline workers (FLW) in Uganda at risk of being in contact with an EVD case in the context of the current outbreak in DRC,” Aceng said.

As of 1st November 2018, the DRC had registered a total of 285 cumulative cases, 250 confirmed cases and a total of 180 deaths. Currently about 41 suspect cases are under investigation.

The affected two provinces are North Kivu – Mabalako; Butembo; Ocha; Musienene; Beni and Bingo and Ituri- Mambasa, Mandina, Tchomia. The affected areas in the DRC are about 100km from the Uganda’s border districts of Kabaraole, Bunyangabo, Kasese, Bundibugyo, Hoima, Arua and Ntoroko.

Meanwhile, the Ministry has reiterated that there is no confirmed case of Ebola registered in Uganda yet.

“Active case search continues in all communities, health facilities and on formal and informal border crossing in all districts especially in the high risk ones,” Dr Aceng said.

Under the same interventions to prevent the spread of the disease, government and partners have been conducting case management and Surveillance Trainings in 7 districts of Kabaraole, Bunyangabo, Kasese, Bundibugyo, Ntoroko, Wakiso and Kampala. 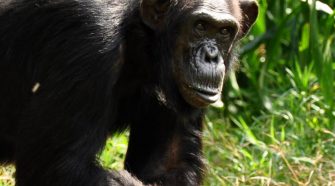