The government of Uganda has said it will continue to address the issues raised by neighboring Rwanda, which have resulted into a diplomatic crisis, through the available diplomatic channels and not the press.

The statement is contained in a brief by Uganda’s Minister of Foreign Affairs, Sam Kutesa to the diplomatic corps on the deepening row between the two countries.

In February this year, relations between Kampala and Kigali further soured after authorities in Rwanda closed the main border with Uganda at Katuna causing a major paralysis in the movement of goods and people. Rwanda issued a travel advisory restricting Rwandan nationals to cross to Uganda in what the Rwanda’s Minister of Foreign Affairs, Richard Sezibera said was aimed at safeguarding them from arrest, torture and harassment.

In his brief to the diplomatic community on Friday, Minister Kutesa says “the government of Uganda has worked tirelessly behind the scenes to improve relations with Rwanda”.

He says he has personally had numerous contacts with his Rwandan counterpart (Minister Sezibera) and he has traveled as a Special Envoy to President Yoweri Museveni including recently when he attended the commemoration of the Genocide anniversary in Kigali.

“We have and will continue to address issues raised by Rwanda but we will do it through diplomatic channels and not the press,” Minister Kutesa said.

“It is in both our interest to do so. Our channels of communication remain open,” he added.

In the wake of the diplomatic impasse, President Museveni directed Ugandan officials to restrain themselves from commenting on the matter, supposedly to avoid escalating the tension. The government spokesperson, Ofwono Opondo said at the time that the President had said both governments were engaging to resolve the issues.

Despite his Rwandan counterpart continuously making public statements and divulging detailed claims, Museveni has persistently avoided to talk about Rwanda during public addresses.

Minister Kutesa expressed optimism that through the ongoing engagements, any issues will be addressed and that normal relations will be restored for the mutual benefit of the region as a whole.

Kutesa says that consistent with its principled approach, Uganda is committed to peaceful and friendly relations with Rwanda on the basis of respect for each other and mutual benefit.

He condemned the action by Kigali to close the Katuna border on February 28 under the pretext of carrying out road repairs, saying it was done in bad faith. Rwanda’s President, Paul Kagame, later stated publicly that the closure of the border had nothing to do with repairs but that it was political.

“Whereas it is Rwanda’s sovereign right to carry out the repairs, courtesy would have required them to inform the government of Uganda in advance about the repairs that would impede travel between the two countries across an international border,” Kutesa says.

On the part of Uganda, he says government has not restricted any movement of goods and people from Uganda to Rwanda. This, he says, is consistent with Uganda’s regional and international obligations.

He accused Rwanda of introducing an export permit for Rwandans seeking to export goods to Uganda. He says the permit is “practically impossible to obtain”.

“I have previously described this as a trade embargo which indeed it is,” Kutesa adds.

The brief to the diplomatic community in Uganda also details the bone of contention – allegations repeatedly made by the Rwandan government against Uganda, and gives response to each of them.

The Ugandan government denies hosting elements fighting Rwanda, as alleged by President Kagame. Kutesa said these allegations have been responded to through diplomatic channels and other mediums.

“Uganda can not allow its territory to be used to threaten the security of a neighboring country. One of our key foreign policy objectives is regional peace and security, cooperation and integration which are promoted through our membership to regional organizations like EAC, ICGLR, IGAD and AU,” the brief further states.

On the arrest, torture and harassment of Rwandans, Uganda has again denied the claim as “totally false”.

Kutesa says that in as much as Rwandans are welcome to visit Uganda, they are required to abide by the laws of the land. Anyone who breaks the law will be dealt with in accordance with the law, the Minister said.

He says a number of security operatives have been entering Uganda without following laid down procedures that govern the entry of security personnel into the country. In such cases, he said, a number of those apprehended have been deported back to Rwanda.

In a March 10 correspondence by President Museveni to President Kagame, he said; “What is wrong is for Rwanda agents to try to operate behind the government of Uganda. I get a lot of stories; but I will never raise them unless I have confirmed them”. 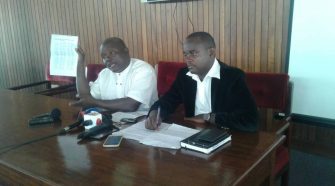