The Ugandan delegation at the East African Community Arts and Culture Festival (JAMAFEST) put up a thrilling show of cultural dances on the first day of the regional fair taking place in the Tanzanian city of Dar es Salaam.

It’s the fourth time the festival codenamed Jumuiya ya Afrika Mashariki Utamaduni (JAMAFEST) is being held as part of the drive to promote the East African integration.

Team Uganda led by the Minister of State for Gender and Culture Affairs, Peace Mutuuzo Regis, is composed of dance troupes from across the regions as well as leaders from the two streams of arts and culture in Uganda.

On Saturday, which was the first day of the week-long fest saw the EAC member States participate in a street carnival which involved showcasing cultural performances from their respective countries.

Mesmerized Tanzanians lined the streets as they stood body-to-body to catch a glimpse of cultural performances from neighbouring countries.

Pupils from Clevers’ Origin Junior School from Kitintale in Kampala and Mizizi Ensemble dance group combined forces to thrill onlookers with the Bakisimba dance from Buganda region through the streets and back to the Tanzanian National Stadium where it all climaxed.

Speaking at stadium, Minister Mutuuzo underscored the importance of promoting integration through culture since the East Africans share a similar cultural heritage that was only distorted by the creation of the colonial boundaries. 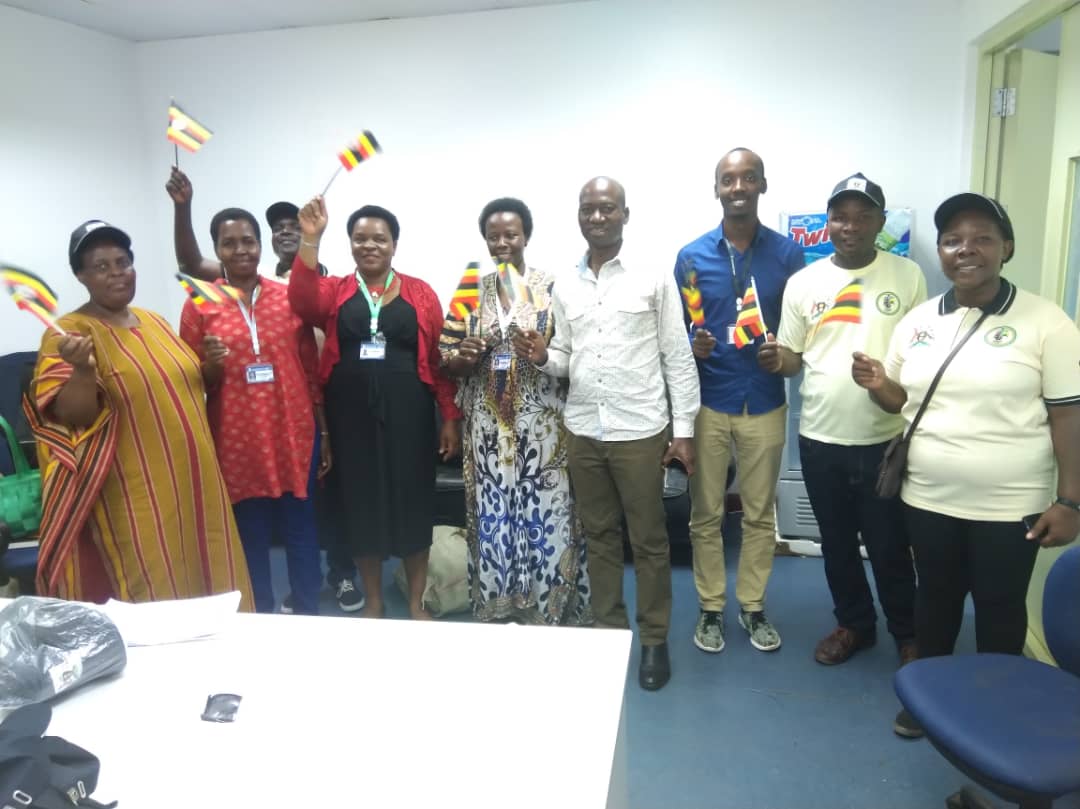 The Tanzanian Minister for Information, Culture, Arts and Sports, Dr. Harrison Mwakyembe commended the East African countries for turning up for the festival that Tanzania is hosting for the first time.

He pledged that Tanzania would ensure that the event achieves its intended objective as guided by the theme: “Cultural Diversity: A Key Driver to Regional Integration, Economic Growth and Promotion of Tourism”.

Among the Ugandan delegation are Members of Parliament; Agnes Kunihiira, Kibalya Maurice and Lucy Akello. Others are the Under Secretary Ministry of Gender, Labour and Social Development, Benon Kigenyi, the Commissioner Culture and Family Affairs, Juliana Naomo, the Executive Director Uganda National Cultural Centre (UNCC), Francis Peter Ojede and the chair board of trustees UNCC, Okello Kelli Sam.

Two cultural institutions; Tooro and Obwenengo Bwa Bugwe out of the sixteen gazetted by the government are also represented.

The Ugandan night will feature on Wednesday, September 25 and Minister Mutuuzo will preside over as the chief guest.

Among other activities lined up through the week are a symposium, exhibition, music gala, theatrical performances, traditional children’s games, fashion and modelling and local films screening.

The last JAMAFEST was held in Kampala and was officially recognized as the best arranged so far.