Ugandans living in the diaspora have scoffed at Uganda’s tax collecting body, URA for its latest request to compel commercial banks to disclose account details of citizens which they say is outlandish and violates personal privacy.

Uganda Revenue Authority (URA) in a letter dated March 16 this year, wrote to all the banks in Uganda requesting them to furnish all the financial records and information the banks hold on their customers.

In making the request, URA quotes Section 42 of the Tax Procedure Code Act which states that in an attempt to obtain information or evidence, “the Commissioner may, for the purpose of administering any provision of a tax law, require any person, by notice in writing, whether or not liable for tax to furnish, within the time specified in the notice, any information that may be stated in the notice”.

But banks operating in Uganda have since stood in unison to reject the demand by URA until the regulator (Central Bank) pronounces itself on the matter.

However, the Ugandan diaspora are protesting this request which according to them is unfortunate and embarrasses Uganda on the global scene.

“Ugandans in the diaspora have learnt with anguish, bewilderment and dismay of the request by URA to Ugandan banks to avail banking details of all Ugandan citizens and nationals within the country’s financial system,” Martin R. Byakuleka, the Acting Chairman for the Common League of the Uganda Diaspora (CLOUD) said in a statement.

They say that the move by URA is evidence of; regressive governance capabilities, insensitivity to personal freedoms, arrogant disregard of citizens’ privacy and a demonstration of absolute political indecency.

The April 7 statement further likens the move by URA to the ludicrous, absurd and embarrassing events that Uganda was known for during the time when Idi Amin was President.

They say that “the latest absurdity by URA is so embarrassing that we in the diaspora are at pain and struggling to deny and hide it from our friends in other countries”.

“The request is technically preposterous, an indication of perverted managerial creativity and awkward imagination,” the statement further reads.

The Common League of the Uganda Diaspora has appealed to the commercial banks to stand their ground and defy the request by URA.

“We encourage Uganda Bankers Association to actively resist this mediocrity and are confident that the regulator will in his wisdom not accede to this public policy lunacy,” Byakuleka stated.

Meanwhile, URA says it is in engagements with the bankers to chart a way forward on this impasse.

“We are in discussion with Uganda Bankers Association on this matter. We have always exchanged information with our partners to enhance Voluntary Compliance. This is not new,” the Manager of Public and Corporate Affairs at URA, Ian Rumanyika told this website.

While URA is given powers by law (Tax Procedure Code Act) to compel financial institutions to furnish such information “despite any law relating to privilege or contractual duty of confidentiality”, the law under the Bank of Uganda Financial Consumer Protection Guidelines of 2011 stipulates that financial institutions including commercial banks must safeguard information relating to customers’ accounts. 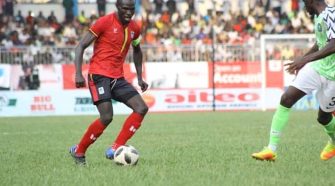