Dr Barirega Akankwasa, has been elected Vice President of the Conference of Parties to the Convention on Migratory Species of Wildlife (CMS).

CMS is an environmental treaty of the United Nations, which provides a global platform for the conservation and sustainable use of migratory animals and their habitats.

It brings together the States through which migratory animals pass, the Range States, and lays the legal foundation for internationally coordinated conservation measures throughout a migratory range.

Dr Barirega Akankwasa, the Acting Commissioner for Wildlife Conservation in Uganda’s Ministry of Tourism Wildlife and Antiquities was elected to the Vice President’s seat.

He was elected during the 13th Meeting of the Conference of the Parties to the Convention on the Conservation of Migratory Species of Wild Animals (CMS COP13) in Gandhinagar, India.

The Conference kicks off ‘the super year’ for nature, which will include a UN Summit in September and culminate in the UN Biodiversity Conference at the end of 2020, when a new global biodiversity strategy for the next decade will be adopted.

He will deputise the Hon Minister of Environment, Forestry and Climate Change of India.

Dr Akankwasa will also chair the Committee of the Whole for the Conference of Parties which clears all business for consideration by the plenary of the Conference.

Uganda will hold the position for the next three years.

Speaking at the sidelines of the conference after his elections, Dr Akankwasa acknowledged the contribution of Uganda’s success in conservation.

“International recognition of Uganda to steer global UN frameworks is a vote of confidence in the conservation efforts Uganda has had. It is the conservation actors both state and non-state that have made my election happen. I owe this to my motherland Uganda,” he said.

CMS was adopted in 1979 and entered into force on 1stNovember 1983. Also known as the Bonn Convention, the body recognizes that States must be the protectors of migratory species that live within or pass through their national jurisdictions and aims to conserve terrestrial, marine, and avian migratory species throughout their ranges.

Migratory species threatened with extinction are listed on Appendix I of the Convention. CMS Parties strive towards strictly protecting these animals, conserving or restoring the places where they live, mitigating obstacles to migration and controlling other factors that might endanger them.

Besides establishing obligations for each State joining the Convention, CMS promotes concerted action among the Range States of many of these species.

In this respect, CMS acts as a framework Convention. The agreements may range from legally binding treaties (called Agreements) to less formal instruments, such as Memoranda of Understanding, and can be adapted to the requirements of particular regions.

The development of models tailored according to the conservation needs throughout the migratory range is a unique capacity to CMS. CMS currently has 124 Parties and Uganda became a contracting Party 1st August 2000.

The Convention on Migratory Species (CMS) is to evaluate the impacts of climate change on a range of focal species and ecosystems with a view to helping species adapt to a warming world.

Last month was the hottest January ever recorded with global temperatures 1.14 degrees Celsius above the 20thcentury average. It follows the second hottest year on record, and the warmest decade since records began, according to the UN.
Post Views: 3,337
0Shares 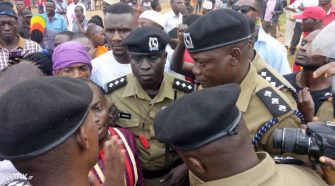