This is the fourth car prototype to be produced by the Ugandan startup which began from the Makerere University College of Engineering, Design, Art and Technology (CEDAT).

The two buses made a drive in Kampala city on Friday, leaving onlookers stunned.

It has an operating cost per KM of Shs 320 as compared to a Diesel Bus Equivalent with Cost per kilometer of Shs 1,670 implying better energy efficiency on the backdrop of enhanced environmental stewardship.

The floor of the Kayoola EVS is made out of Bamboo, the interior mainly plastics and aluminum with a steel superstructure and body panels, largely sourced locally.

“These provide an unprecedented opportunity for participation of a wide range of local manufacturers making components to feed the production line at the Kiira Vehicle Plant addressing the key aspects of Supply Chain Localization and engendering Import Substitution,” the company said.

Kiira Motors says it is already taking orders for buses and immediate need can be address by KMC working with Luweero Industries Limited to produce 8 buses per month before the operationalization of the Kiira Vehicle Plant in Jinja.

Ugandans on social media were upbeat about the development, many saying it is a great stride towards government’s local content policy of Buy Uganda Build Uganda (BUBU).

A few years ago, government approved the establishment of the Kiira Vehicle Plant, to enable mass production of cars at a commercial scale.

Kiira Motors Corporation and National Enterprise Corporation (NEC) signed a Memorandum of Understanding (MOU) for Construction of the Kiira Vehicle Plant Start-Up Facilities (Phase I) at the Jinja Industrial and Business Park.

This, government says will engender import substitution and technology transfer as well as provide a facility for contract assembly for other players in the region to meet the need for Buses and Trucks.

The Kiira Vehicle Plant Site was handed over to NEC in January  2019 and construction is expected to take two and a half years with completion slated for June 2021.

The construction and installation of a 3.7km long 33kV medium voltage electricity line connecting the Kiira Vehicle Plant Site to the national electricity grid has been completed, tested and commissioned by Umeme.

Like many African cities, Kampala suffers the challenge of congestion and an absence of a streamlined, properly regulated public transport system.

Kampala is the backbone of the economy, generating over 60% of Uganda’s GDP and is also one of the fastest growing cities in the world, set to triple in size by 2050.

But majority of people in the city commute either on foot or via low capacity transportation modes, including private vehicles.

This has led to extreme traffic jams, and large losses in productivity. As part of its planning for future growth, Kampala needs to increase the speed and efficiency of the flow of people in the city.

Despite it being the capital city, it has not had any substantial city planning in the past; grossly underestimating the effects of future population growth as well as the interaction between transport networks and land use planning.

Taxis, known in other countries as matatus, which are 14-seater mini bus vans remain the most prominent public transport means in Kampala.

A transportation census conducted in 2013, estimated that there are 16,000 taxis in the city.

The next most common form of transport are boda-bodas estimated to be over 100,000 boda-bodas in Kampala alone.

Although boda-bodas are a practical form of transport to avoid the delays associated with congestion, they are low capacity, carrying only up to two persons, as well as being notoriously dangerous, accounting for a major portion of the traffic accidents in the city. 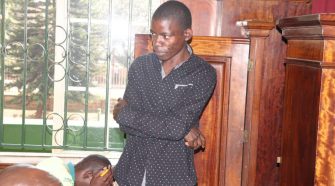