Government through the Ministry of Foreign Affairs says the flight which will repatriate Ugandans stuck in India is scheduled to land at Entebbe International Airport on Wednesday.

This is part of the phased evacuation program the Ugandan government for Ugandans who are stranded in different countries around the world following the Covid lockdowns.

He said this following the arrival of 32 Ugandans coming from Sudan and 16 Ugandans from Belgium and Netherlands.

On Monday last week, Uganda received a flight from Turkey with a few Ugandans.

Two days ago, 91 Ugandans arrived in Uganda from Afghanistan.

A work plan has been developed to allow the return of an average of 300 persons every fortnight to return home, Oryem said.

On Tuesday, the Ministry of Foreign Affairs tweeted: “The general public is informed of the planned flight of Ugandan Nationals & Ugandan based Indian businessmen who were stranded in India,Mumbai. This flight is scheduled to arrive at Entebbe Airport on 1/7/2020”.

By the end of March 2020, the Ministry had registered up to 2,392 persons stranded in 66 countries around the world. 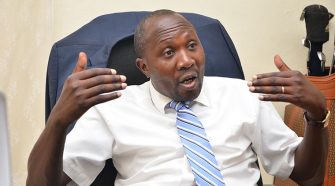