The reigning Miss Uganda has been crowned Miss World Africa in the 68th Miss World contest that climaxed on Saturday in China.

Quiin Abenakyo made history after she managed to become the first Miss Uganda to make it to the Top 30 Finalists a few days ago. This sparked a massive online campaign by Ugandans to vote her.

On Saturday, she was announced as Miss World Africa after making it to the top 5 contestants, in yet another first for Uganda and Africa at large. She is the first African to make it to top 10 finalists for Miss World.

Abenakyo’s perfomance is likely to rekindle Ugandan’s interest in the Miss Uganda beauty pageant which had gone surged over the years. Her bid for the crown over the last few days has also done remarkably well in uniting Ugandans of different shades.

The 22-year-old graduate of Computer Science was crowned Miss Uganda in August, beating 21 other contestants. She hails from Mayuge district in Eastern Uganda. 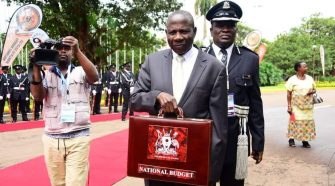