Ayebare held a meeting with President Kagame at his Urugwiro village residence in Kigali on Sunday, according to a post by Kagame.

Kagame described the meeting as positive and that it touched on issues relating to the frosty relations between Uganda and Rwanda.

“This evening at Urugwiro Village, President Kagame held a positive meeting with Ambassador Adonia Ayebare, President Museveni’s Special Envoy, who traveled to Kigali with a message regarding the two countries’ relationship,” Kagame said in a post.

Ayebare has previously served as the Ambassador of Uganda to Rwanda.

The dispatching of Ambassador Ayebare is the latest attempt by Uganda to try and normalize its relations with Rwanda which hit the rocks in February this year.

President Kagame would later reveal that the move was political not informed by construction works.

Kigali has since accused Uganda of among other things incarcerating and deporting her citizens, a claim Uganda dismissed.

Ugandan authorities said they followed judicial process to deport some of Rwandan citizens who engaged in criminal acts.

Uganda on the other hand accuses Rwanda of espionage and deploying their intelligence agents to compromise Uganda’s national security. A number of Rwandan agents have been arrested in Uganda and some of them are facing Uganda’s General Court Martial for kidnapping Rwandan refugees from Uganda and illegally repatriating them to Rwanda against the laws of the two countries and against international law.

A number of Rwandans have also been shot dead by Rwanda Defence and Security forces (RDF) as the citizens try to cross into Uganda along the porous shared border for basic needs such as food. It is not clear why the RDF shoot at Rwandans in order to protect them from Uganda. It is also not clear why Rwandan citizens would risk being shot at by the Rwandan military in order to access a country (Uganda) that Rwandan authorities allege is unsafe for them.

Uganda hosts more that 1.2 million refugees including Rwandans. The country’s open border policy to refugees is lauded by the United Nations (UN) as the best in the world.

As part of diplomatic efforts to resolve the conflict, the two Presidents of Uganda and Rwanda signed a Memorandum of Understanding in Luanda, Angola in August.

In the  Luanda MoU, the two Heads of State of Uganda and Rwanda undertook to respect the sovereignty of each other and of the neighboring countries.

However, follow up meetings to the Luanda peace pact have not made any headways with the two sides failing to reach an agreement in  the most recent one in Kampala. 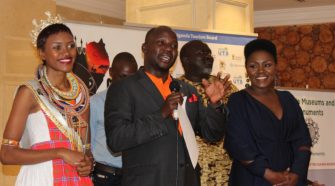