Brig Michael Kabango (R), the new commander for UPDF Sector One of AMISOM with his predecessor, Brig Paul Lokech (L).

Uganda’s Brig Michael Kabango has been appointed to head the command of the UPDF Sector One of the AMISOM in Somalia.

He takes over from Brig Paul Lokech after a one-year AMISOM tour of duty.

Brig Lokech handed over office to Brig Kabango on Thursday at a function presided over by Maj Gen Peter Elwelu, the UPDF Commander Land Forces (CLF).

He added that Somalia mission is important not only to Uganda’s ideology of Pan-Africanism but also to the world at large. Gen Elwelu reminded UPDF officers and men operating under AMISOM that “every man on earth has a mission to accomplish”.

He reminded the soldiers that it is their Pan Africanist duty to support Somalis to achieve peace.

Gen Elwelu noted when Somalia turmoil was at its peak in the years before 2007, Somalia was regarded as a “hell on earth” and whoever suggested to operate or deploy in Somalia was termed as “dead on arrival”.

He lauded UPDF for championing military operations in 2007 with limited resources.

He advised the incoming Contingent Commander (COTINCO) to build on the achievements scored by Brig Lokech. To the soldiers, Gen Elwelu emphasized team work and respect for AMISOM mandate.

The outgoing COTINCO outlined UPDF-AMISOM’s achievements within the year 2018 including reoccupation of Marka port from Al-Shabaab, the handover of the symbolic Mogadishu National stadium to FGS, revamping of Barawe and Ceel-jale ports, joint operations between UPDF-AMISOM and various CIMIC activities to Somali people.

“Civil Military activities have made wonders in winning the hearts and minds of the Somali population. As a result, Somalis look at UPDF as a force that is here to help them,” said Brig Lokech.

Brig Kabango appreciated UPDF leadership’s wisdom in appointing him as AMISOM sector one commander. He promised to work within AMISOM’s mandate to ensure peace for Somalis within his area of operation. 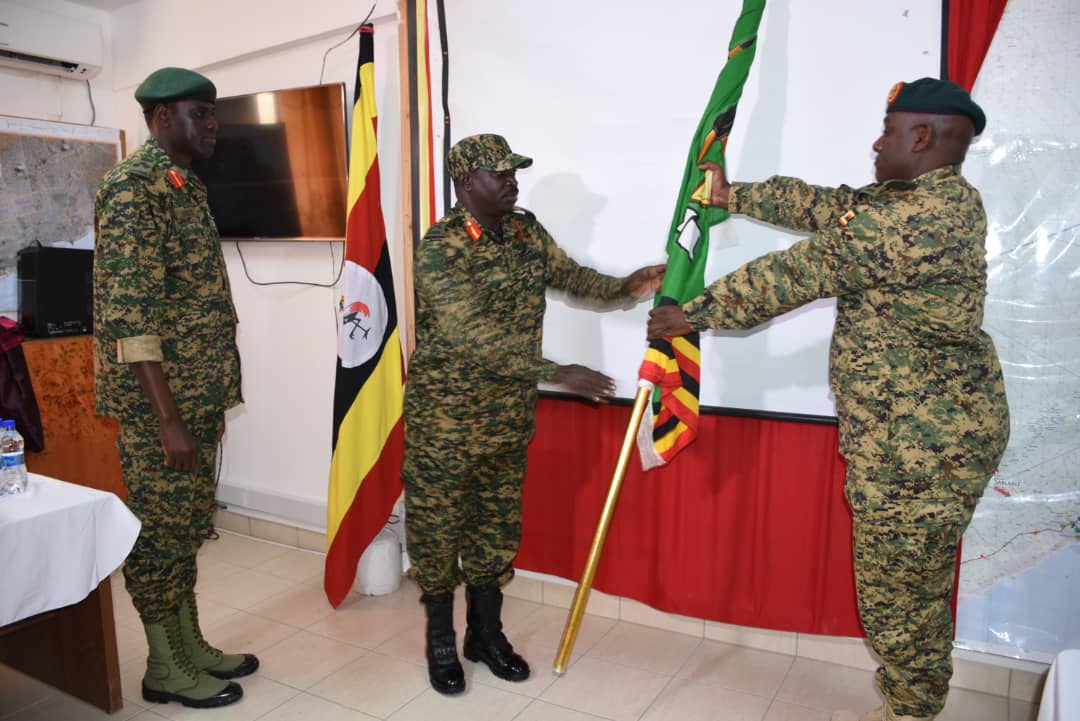 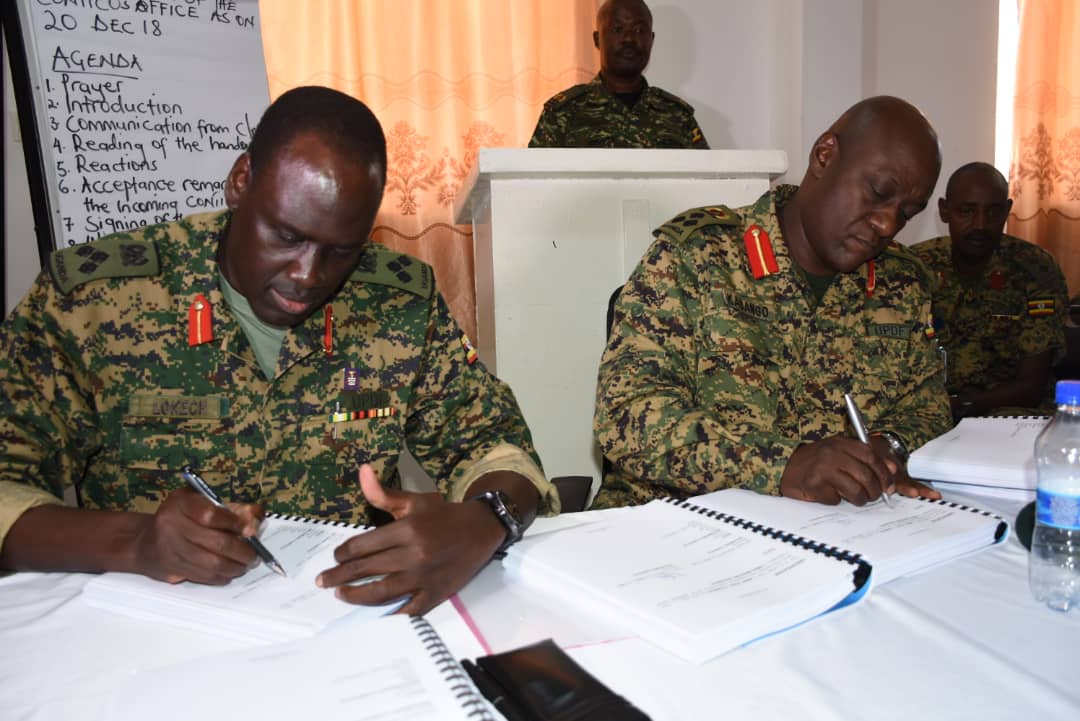