Uganda has confirmed 5 more cases of coronavirus, bringing the total number of cases a far to 14.

The new 5 cases were confirmed by State Minister of Health for Primary Health Care, Dr Joyce Moriku Kaducu on Wednesday.

She said two out of the 5 are among the 6 Chinese that were arrested in Zombo district, heading to DRC having escaped from quarantine. The two Chinese arrived in Uganda from Guangzhou and Linyago who were in quarantine in Uganda. They are now in quarantine.

“Dear Ugandans, this is a very critical moment for everyone as the number of positive cases keeps scaling up. Five more people have been confirmed positive, including 2 of the 6 chinese that were got in Zombo. They cannot be presented in court for fear of further spread, ” Minister Kaducu wrote in a tweet.

The development was also confirmed by Dr Henry Mwebesa, the Director General of Health Services at the Ministry of Health during a news conference in Kampala.

The three include a 63-year-old Ugandan male who traveled from Germany. He presented with cough, high fever and shortness of breath during while he was in quarantine.

The other is a 57-year-old Ugandan male from Adjumani district. He presented with a sore throat, difficulty in breathing and cough. He is currently admitted in Adjumani. He hasn’t traveled anywhere out of Uganda, but he trades at Elegu border point with South Sudan, Dr Mwebesa said.

The third case is an 8-month-old baby from in Iganga district whose father traveled from Kenya recently.

All other 9 cases are in stable condition and feeding well, Dr Mwebesa said. They are admitted at Entebbe Hospita.

On Monday, the Minister of Health, Dr Jane Ruth Aceng said that 9 of the confirmed cases, at the time were all Ugandans that arrived in the country from Dubai.

They were part of passengers onboard the Emirates and Ethiopian Airlines flights that flew into the country on March 20 and March 22.

The Minister said the new cases have raised a red flag – Dubai – which was earlier unknown to health authorities in Uganda since it had not been categorized as a high risk country.

“Dubai wasn’t among high risk countries because the numbers that were being reported on the International Situation Report didn’t show Dubai as a high risk country,” Dr Aceng said.

“We are not sure whether what was being reported was true. All the cases we have in Uganda were from Dubai,” she added.

The Ministry is appealing to all individuals in Uganda who have been to Dubai in the last two weeks to alert authorities so they can be tested. She said a manifest of all passengers who came in from Dubai has been retrieved.

“We appeal to travelers who have been in Dubai in the last two weeks to call our toll free line, so we can have them checked. This is a battle that we must undertake together with cooperation,” she said. 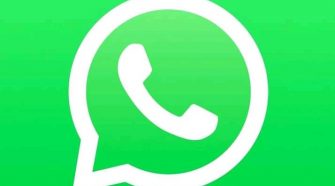