The Uganda female national pool table team emerged victorious winning gold at the 2019 All Africa Pool Championship that was held in South Africa.

The Pool Cranes team returned to the country on Tuesday from the 2019 Africa Pool Championships in Secunda, South Africa where Uganda was represented in both men and women categories.

The team captain, Amina Faith Nganda thanked the team sponsors for making it happen, and attributed their overall success to thorough preparation and training ahead of the games.

The Pool Association of Uganda (PAU) Tournament Secretary, Robert Kayanja expressed applauded the CEO SPA Financial Services, Chris Hans Rugari and Array Metals for making it possible for the team of 22 people to travel to South Africa and participate in the continent tournament.

Kayanja revealed that Chris Rugari also helped the Pool Cranes with team uniforms and upkeep to Zimbabwe for the 2017 edition of the Africa Pool Championships.

“We owe full allegiance to Rugari who singlehandedly trusted that we can deliver and we are glad we did not disappoint,” Kayanja said.

Kayanja decried the lack of funding and support from government despite the team lifting the country’s flag so high.

“We appeal to government to recognize these efforts by celebrating our achievements, we always excel but are never celebrated. When Uganda won the 2016 African titles in both Ladies and Men team categories, were ignored,” Kayanja said.

He says the lack of government support is very disappointing to the very committed athletes, especially given that PAU consistently lobbied for more than 12 months ahead of this event.

Uganda got more honours when Hans Rugari was coopted as Marketing Executive for All Africa Pool table Association (AAPA), the continental pool body to which Uganda affiliates.

As Patron of the Pool Cranes, Rugari promised to secure event funding to the Chinese 8ball World Cup event due in March 2020 and other subsequent AAPA events. 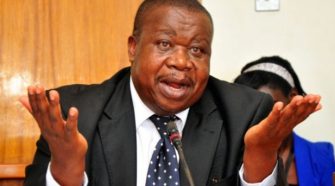