The Chipolopolo of Zambia have qualified for the African Nations Championship (CHAN) tournament quarter finals after winning Ivory Coast with 2 goals to nil, in a much anticipated game played on Thursday evening.

Zambia’s goals were scored by Augustine Mulenga in the 8th and 74th minutes and giving the team another group stage win after thrashing Uganda 3-1 in their opener on January 14 at Grande Stade Marrakech stadium.

Zambia stands top of Group B with 6 points followed by Namibia with only 3 points with Uganda and Ivory Coast sitting at the bottom of the group.

Namibia will entertain Uganda in their second group match later tonight, where a win for Namibia will also sail it through to the quarter finals.

If Uganda loses against Namibia, then it will hold its jinx of not vamping out of the group stages despite participating in all the four CHAN editions.

Ivory Coast’s last group match will be played on January 22 against the Cranes of Uganda. 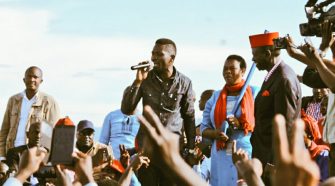