Members of Parliament (MP) in Uganda have come out to condemn the inhumane xenophobic attacks in South Africa targeting Africans from different countries.

Early this week, the world was shocked shocking pictures and videos emerged of South African nationals attacking, burning and killing fellow black Africans accusing them of taking over their jobs.

Dozens of people were arrested in Johannesburg on Monday. At least five people have been killed in the unrest. Mobs descended on business hubs and townships in various parts of South Africa, looting dozens of shops and torching trucks driven by foreigners in an outburst of anti-migrant anger.

The violence has since been condemned by several leaders across the continent and has since caused retaliations from the Nigerian nationals.

“The situation that is going on in the Southern part of Africa is very worrying, unless governments come together and try to find a solution, this issue may go out of hand; at the end of the day all these things will have retaliations,” Oulanyah said.

Oulanyah admitted that indeed a number of countries have discriminated against fellow human beings through different means.

“What is happening in South Africa is outright violence against human beings, Ugandans have been affected as well as several citizens of other countries. African governments should get into discussions to find lasting solution to xenophobia and how to handle people who move to different countries in search for opportunities,” Oulanyah said.

Commenting on the same matter, Dokolo Woman MP, Cecil Ogwal appealed to the Ministry of Foreign Affairs to come out and explain to the country on whether Ugandans in South Africa are safe at the moment.

Bukoto South MP, Muhammed Muyanja Mbabaali said it is so sad that South Africans have chosen to turn against fellow Africans who helped them fight Apartheid, a system that discriminated blacks against whites in South Africa.

On his part, Butambala MP, Muwanga Kivumbi noted that there is need for African governments to start preparing for their nationals since what was convinced to be a global village is becoming narrower.

Muwanga expressed concern over increasing levels of intolerance across the world which has become a global trend.

“When you look at America, there is a huge debate on immigration and closing of borders, when you see what is involved in Brexit is more of that intolerance, the same is happening in France and other European countries”.

“The world is closing on us and we need to ask African governments to find means of how to provide for their citizens within their boarders,” Kivumbi noted.

Kira Municipality MP, Ibrahim Semujju Nganda called upon government to inform Ugandans of how many Ugandans are in South Africa and how many are in danger. 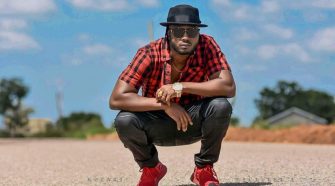