The six cases that were reported were part of 3,451 samples that were tested on Tuesday, 7 July. Four of the confirmed cases are truck drivers who entered the country through the Malaba point of entry, while two are cases from Moyo and Tororo districts.

As the country’s tally moves closer to the 1,000 mark, health officials say that the country is ready to handle bigger numbers of patients.

Dr. Monica Musenero, an epidemiologist and Senior Presidential Adviser on epidemics, says the country used the lockdown to prepare, in case increase in cases was registered.

“We used the lockdown to prepare the country for big numbers. We increased our bed capacity nationwide and even brought in more ICU beds. We are ready to handle more patients but big increases (in cases) might affect our success of handling the cases,” said Dr. Musenero.

According to data from the health ministry, Uganda has successfully treated 904 patients and has recorded no fatality. As of  Tuesday 7 July, 210 patients are receiving treatment for the disease.

Dr. Misaki Wayengera, the head of the Covid-19 Science committee, in an earlier inteview said Uganda’s registration of no deaths is due to having many trained doctors looking after few patients.

“Over 500 health workers have been trained to handle this disease. In many hospitals, patients have constant interaction with doctors. We have had cases that almost became severe but because they had health workers constantly managing them, their condition improved. Our success as of now has been due to few patients. That can change,” said Dr. Misaki.

According to the World Health Organisation (WHO), 200,000 cases have been reported everyday in the last one month.

Dr. Tedros Adhanom Ghebreyesus, the Director General of WHO says that as the number of cases increase, it is important for countries to focus on reducing the number of deaths related to COVID-19.

According to the WHO, the world is seeing a reduction in deaths being reported due to patients receiving better care but more needs to be done to stop more deaths from occurring.

“The number of cases is actually accelerating but it’s still possible to minimize transmissions by using the comprehensive approach. We have to do more to save lives and minimize mortality. Some countries are doing this and that is why we are seeing a reduction in global deaths but we have to work hard to train our health workers, equip them well and concentrate on vulnerable groups like people in care homes,” said Dr. Ghebreyesus.

Data from WHO shows that over 11 million cases have been reported with 535,000 deaths taking place. 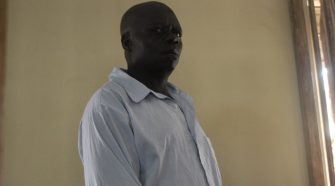