Uganda Investment Authority (UIA) has reported a spike in the trend of investments being attracted to do business in the last six months. In the two quarter period between April and September 2017, a total of 164 business projects worth USD 641 million which is three times above target (USD 200 million) were registered in Uganda.

The statistics released by UIA indicate that of these 164 projects, 25% were local businesses while the remaining 75% were foreign. All together, they are estimated to have created 28,503 jobs for Ugandans.

Majority of the investments were in the manufacturing sector (91) followed by Agro-processing (16), Real Estate (15) and Construction (13). The others fell in the sectors of mining, electricity, warehousing and transport.

Speaking at a news conference at the UIA headquarters on Wednesday, Jolly Kaguhangire the Executive Director attributed this trend to the continued easing in licensing of business and the implementation of key reforms. Notable among these reforms is the One Stop Centre which has brought all agencies involved in the business cycle under one roof to improve convenience.

“This has greatly reduced the waiting time for investors since all the necessary services such as land registration, immigration, business registration and others are in one place,” Kaguhangire said.

She also noted that most of the services have been digitized onto the e-Biz platform where investment licenses and other payments can be made electronically.

In addition to these reforms, UIA has made significant efforts to engage foreign investors in different source markets to pitch business opportunities available in Uganda.

Meanwhile, progress is ongoing in each of the major industrial and business parks across the country, particularly easing access to basic infrastructure like electricity and water.

However, Kaguhangire said that the Authority still lacks the capacity to fully capture comprehensive statistics on the size of investments currently in Uganda. A survey conducted in quarter one of 2017/18 on investors operating in Kampala, Wakiso and Mukono only captured data from 46% of the targeted 1,784 businesses.

“Some refused to cooperate and provide response to the questions we asked while others had relocated. We need resources to be able to strengthen our research and planning in order to understand investment trends,” she said.

The data collected from survey indicates that in Mukono, Kampala and Wakiso, 348 companies were operational with a total actual investment of USD 14.8 billion and total employment of 18,271. 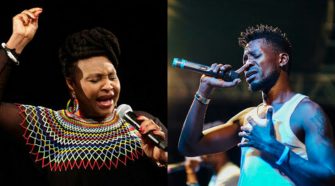