Local government officials under the Uganda Local Government Association (ULGA) are considering seeking audience with President Museveni over the manner in which the State House’s Anti-corruption Unit headed by Lt. Col. Edith Nakalema is treating their members.

A number of accounting officers have since the commissioning of the Unit been rounded up, detained and arrested on allegations of corruption which has left ULGA officials questioning the process used.

ULGA Secretary General, Getrude Rose Gamwera told the media at the Ministry of Local Government offices in Kampala that there is a growing concern amongst the local government technical officers especially those who are in the offices of the Chief Accounting Officers and the Town Clerk over the manner in which they are being handled in regards to corruption investigations by Nakalema’s team.

“The Local Governments do appreciate the efforts in fighting corruption and are indeed behind the fight and struggle to improve accountability at their level, however they have an issue on how it is done,” Gamwera said.

Gamwera said that the concerned officers say they don’t receive prior notification and at the time they are picked, they are not aware of what the problem is. They only get to find out while in police custody yet they possess information which they would have shared without necessarily being apprehended.

“This is about the process and how it is being handled because at the end of the day, they (victims) feel that their image is affected over issues that may turn out not to be true,” the ULGA General Secretary said.

“Their concerns are about staying in custody for over 48 hours. And the call is simply to improve on the process, we need to cooperate because things can be managed even better,” Gamwera noted.

She noted that sometimes, the issues Nakalema is investigating are the very issues under investigation by other government agencies such as the Inspector General of Government (IGG) as well as courts of law.

“It is high time local government officers and Lt Col Nakalema found a more amiable approach to handling concerns on accountability without necessarily causing a lot grievances and discomfort.”

“There should be dialogue between the officers and Nakalema’s. We shall consult government and the relevant institutions and this will lead us to the President to whom Lt. Col. Nakalema reports,” Gamwera noted.

In the last one week, at least eight top district officials in Mbarara including the Chief Administrative Officer have been arrested by the Anti-corruption Unit over allegations relating to land fraud. 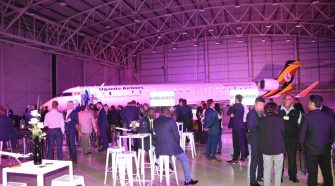