The UN Special Envoy for the Great Lakes Region, H.E Said Djinnit has praised the role played by Uganda in the region to stop the activities of the negative forces like Allied Democratic Forces (ADF) and M23 rebel groups.

Djinnit further requested that Uganda takes a lead in mobilizing blocs like African Union, Southern Africa Development Community (SADC) and International Conference on the Great Lakes Region (ICGLR) to come together and propose solutions to wipe out the insurgent outfits.

The peacekeepers were supporting an offensive by the Congolese’ FARDC against an Islamist group, the Allied Democratic Forces (ADF).

ADF is responsible for a series of attacks on civilians in recent months making international efforts to contain the Ebola virus in the North Kivu area close to impossible.

Eastern DRC has been plagued by banditry and armed insurrections for more than two decades. The M23, another armed group terrorized Eastern congo and controlled North Kivu’s capital Goma until they were driven out by U.N. and Congolese forces in 2013.

Since then, the fighters have been scattered in camps in neighboring Uganda and Rwanda awaiting amnesties.

The Ugandan government last year repatriated 10 former fighters of M23 back to DR Congo. They were part of hundreds of M23 rebels who responded to calls to abandon the battlefield in DR Congo.

On Tuesday, the UN envoy spoke to the need to have the remaining M23 members repatriated.

In response, Minister Kutesa promised full cooperation but also called on the UN to coordinate the process of implementing the agreed on position of the Kasese meetings, mobilizing other countries to come on board.

Both Kutesa and Said Djinnit agreed to work towards eliminating the negative forces in the Great Lakes region by February 2019.

The meeting on Tuesday was attended by UN Country Representative, Rosa Malango and the Permanent Secretary in the Ministry of Foreign Affairs, Patrick Mugoya. 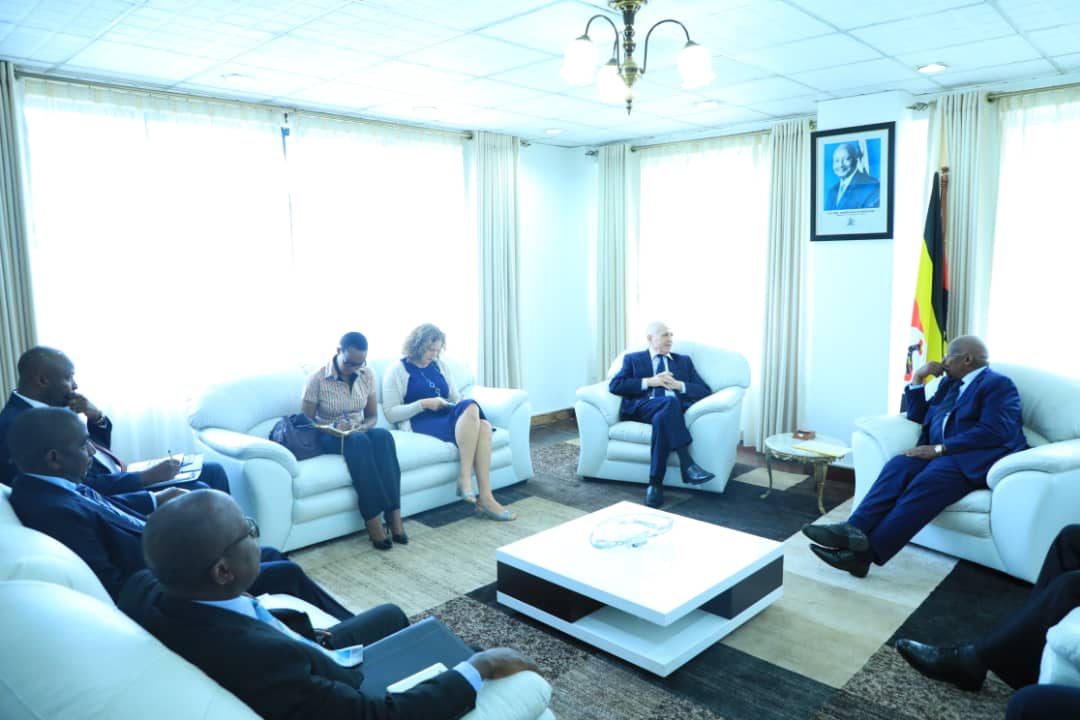