However, UNEB withheld results of 1,512 candidates on grounds of examination malpractice. Odongo who refused to reveal the names of the affected schools, said then that investigations were to be conducted and on completion, a final decision will be taken.

“All candidates whose results have been withheld will be accorded a fair hearing by the Board’s Examination Security Committee. Those candidates who will be cleared will have their results released. After the hearings are concluded, the Board will publish in the media the list of schools and districts from which results will be cancelled,” said Odongo.

Now, in statement on Thursday, UNEB has revealed that it is in its final preparations to give a hearing to the affected candidates.

“Schools and candidates will be invited to appear before the UNEB Examinations Security Committee on specified dates. After the hearing, those that will be exonerated will have their results released, while results of candidates that will be found culpable will be cancelled in accordance with Section 4(3) of the UNEB Act, Cap 137,” says Odongo.

Odongo however cautions the public against fraudsters who he says are asking for huge sums of money from parents and schools to help them get the withheld results. 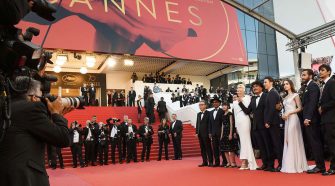