The United Nations High Commission for Refugees (UNHCR) in Uganda says programs for priority areas such as safe water systems, education and health are likely to be critically affected amid a 65 percent shortfall in the humanitarian agency’s annual budget.

The UN refugee agency is appealing for more funding from international donors and partners.

This was revealed Thursday by the UNHCR Country Representative for Uganda, Joel Boutroue at a news conference held in Kampala.

Uganda is currently hosting over 1.3 million refugees making it the biggest refugee host in Africa and the third biggest world over. About 70,000 new arrivals from South Sudan and DR Congo have been registered since the start of this year, putting more pressure on the refugee settlements and host communities.

Although Uganda has been largely praised for its progressive and open-door policy to refugees which also includes giving free land to refugees, UNHCR says donor fatigue is negatively impacting on resources needed for intervention.

Boutroue said that this year, UNHCR is supporting over 200 Primary schools, thousands of Secondary schools and over 100 health structures by paying staff and upgrading structures. All this support depends on international donors and local partners.

He added; “The lack of funding is translating into additional hardship for refugees and frustration from host communities”.

Boutroue also stressed that UNHCR is placing focus on environmental replenishing activities as these are key for the future peaceful coexistence between refugees and host communities. As such, the Agency has planted over 2.3m trees since the beginning of the year.

Only 35 percent of the total annual budget (USD 900m) required to fund refugee response programs is available, Boutroue told journalists. This translates into a funding shortfall of 65 percent.

He said also that as a result of shortages in funding, the interventions aimed at improving the livelihoods of the refugees in the settlements have been hampered, forcing some refugees to make risky decisions to return to their home countries such as South Sudan even when the situation there remains volatile.

Nonetheless, he said that the investments being made in the fields of education, health and water systems imply that the budget for the coming years could reduce.

He said there is increased measures to ensure transparency especially following the scandal that hit the Office of the Prime Minister (OPM) in 2017 involving mismanagement of funds.

While he acknowledged that the UNHCR and government are faced with challenges of corruption during the day-to-day operations, he said this isn’t unique to only refugee programs but across all other sectors of service delivery. He however said a lot has been done since he took over as the UNHCR country representative.

This included a comprehensive review of all logistic processes, awarding of contracts, and management of partners among other measures. The agency has also undertaken a comprehensive technical evaluation of all partners including reviewing of all bids.

In 2017, Uganda hosted a major refugee summit attended by the UN Secretary General and several Heads of State, on which countries, agencies and organizations pledged financial support to Uganda’s refugee programs. UNHCR says up to USD 550m has since been delivered, USD 1.5m of which was channeled through government account and the bulk of it through the UN system. 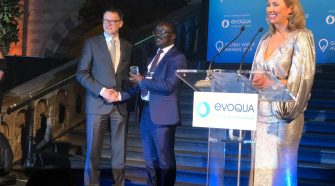