The British government has lifted travel restrictions earlier given to its citizens intending to travel to Uganda. On Monday, the United Kingdom (UK) reduced the travel advisory to the lowest level following months of negative cautions to British travellers regarding the insecurity in neighbouring countries like South Sudan and DRC.

The clearance is contained in a statement on the UK Government’s Foreign and Commonwealth Office (FCO) website.

“The Foreign and Commonwealth Office no longer advise against all but essential travel to the Karamoja region of north-eastern Uganda; if you’re travelling in this part of Uganda, you should be aware that inter-communal violence and occasional attacks on security forces do happen; foreigners are not usually the target of violence,” reads the opening of the updated October travel advisory on Uganda.

Major tourism attractions like Mt. Rwenzori, Kidepo Valley national park and Murchison Falls national park are among those that had been affected by the negative travel advisory due to their close proximity to the borders.

The Karamoja region where the world famous Kidepo Valley National Park is one of the areas that is to benefit from the new advisory. Kidepo has been rated by CNN, among other international organisations, as one of the must visit parks for 2017.

Stephen Asiimwe, the CEO Uganda Tourism Board says; “This is a very important development for the tourism industry which has often suffered from unfair advisories.”

UTB attributes the revised advisory to the combination of efforts made in promoting Uganda in foreign markets particularly the numerous media articles pushed by the three marketing firms in UK, North America and German speaking countries.

Vincent Mugabo, the UTB Public Relations Officer told SoftPower that the impact of lowering UK’s travel advisory is great since other countries like U.S and Canada are likely to follow suit.

“U.K being a major market, when it says that its citizens are free to travel around Uganda, other big markets like the U.S will also do the same,” Mugambwa said.

He said that most of the developing countries like Uganda are disadvantaged by the negative fixated perceptions that foreigners have about the country even where there is no cause.

“There has been consistency in positive image of Uganda in the media, and not mere propaganda but by travel writers and people who have visited Uganda. Uganda also got ranked among the best destinations by reputable media like Rough Guides and CNN,” he said.

“Around 15,000 British nationals visit Uganda every year. Most visits are trouble-free,” the information on the U.K government travel website.

Earlier this month, Uganda hosted about 100 international financiers and conservationists for the Giants Club Conservation and Tourism Investment Forum. The forum was a meeting to promote tourism investments in different parts of Uganda including Kidepo Valley National Park.

UK’s former Chancellor of Exchequer, Rt. Hon. George Osborne was among the participants and Mugambwa says this forum could have also contributed to revising the negative advisory on Uganda. 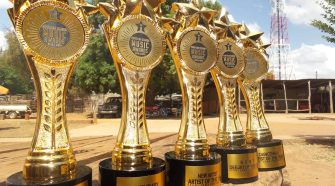