Police has started investigations into circumstances in which armed men broke into the home of a German national in Buikwe district and shot him.

Police spokesperson, Asan Kasingye, said in a statement on Tuesday, that Remus Manifred, 71, was attacked by gunmen at his home in Bwoweri, Njeru Town Council.

It is alleged that the deceased was at his residence where unknown assailants armed with a pistol gained access to his house and demanded money which he did not have.

The assailants then shot him, robbed him and escaped.

Manifred was rushed to Jinja hospital but unfortunately died.

“We have visited the scene and opened up investigations into the matter,” Kasingye said.

He added: “We call upon members of the public with any useful information that can lead to the arrest of the suspects to give it in confidence to the nearest police station.” Free Port Zone in Buikwe to Create Over 1,000 Jobs 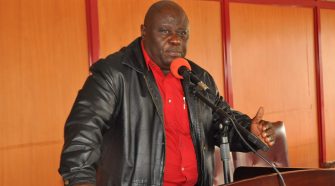 UPC Calls for Visa-free Entry Within Nations of the Commonwealth