Several people on social media have said that said that UNRA is charging Shs 5000 to access the highway.

However, UNRA says the misinformation should be ignored until they officially communicate.

“An official communication will be made to this effect once the ongoing Tolling preparations are concluded,” UNRA tweeted.

Parliament in 2019 passed the Roads Bill 2018, which provides for the collection of road tolls on Uganda’s only toll road and the future toll roads that will be constructed.

The Expressway was financed by $476 million loan from China’s Exim Bank payable over a 40- year period. However, since its commissioning in June 2018, the road has been accessed by users without paying toll fees.
Post Views: 577
0Shares 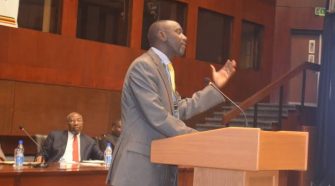