As the Opposition continues to discuss fielding a single Presidential candidate in the next general elections, the Uganda Peoples Congress (UPC) President, Jimmy Michael Akena has advised the Opposition to focus more on winning more Parliamentary seats than being overzealous for the Presidential seat.

Akena said this while responding to media questions during the party’s end of year address to the media held at the party headquarters at Uganda House in Kampala.

Akena says any political party that is genuinely seeking to replace the current government should first concentrate on sponsoring and winning more seats at Parliamentary level which force will help the party secure a presidential seat.

The UPC boss said the age limit debate was a clear example where the Opposition needed numbers to fail the decision of repealing the presidential age limit from the country’s constitution.

Akena noted that the Opposition needs to take charge of Parliament in terms of numbers were it will be able to influence policies that will lead to regime change.

“If all candidates were not able to get a 50+1 percent after the general election, the two top candidates will tussle it out. The law itself provides a mechanism but as opposition, we need to organize ourselves so that we influence policy and make sure that certain matters can be handled before coming up with a single candidate,” Akena noted.

Akena revealed that there are high chances that UPC will again field no Presidential candidate in case he is reelected as the party President. This, he explained, is because he believes the party still needs to strengthen its grass root structures before going for the top seat.

“In the last general elections, we didn’t field a Presidential candidate, we concentrated at lower levels, and we have returned more members in local government. We need to further this move as a party. If you think you can stand up, put up a President and win the presidency, you can go on but I am going to focus on the issue of building the party,” Akena emphasized.

The UPC party shall be holding its National Council, District Conference and Delegates Conference between January and May 2020 in which they will elected the party president for a new term. 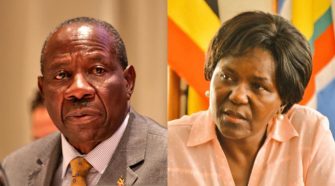