This was revealed by the Party Spokesperson, Michael Osinde Orachi while addressing the party’s weekly press conference at the party headquarters in Kampala.

Osinde noted that this was a decision taken by the party Cabinet headed by the party President, Jimmy Michael Akena that sat on July 22 at the party headquarters.

He said it was agreed that November would be the best month to hold the National Council meeting as the party charges for leadership change.

“The National Council shall then receive and approve the Party Road Map as presented by Cabinet, consider all reports, review the terms and conditions of service of the Staff, consider audited accounts and approve the budget and annual work plan,” Osinde said.

The party constitution as amended in 2008 stipulates that a party should hold the National Council meetings every year to among others approve the party’s annual budget, work plan as well as approving staff appointments.

However, since the party President, Jimmy Akena was voted into office, no National Council meeting has ever been held apart from the maiden conference that was held in Jokas Hotel in 2015.

To clarify on the matter, Osinde told SoftPower News in a phone interview that it is true the party hasn’t been able to hold the National Council meetings as required by the constitution due to a number of issues that have been unbearable.

“We called the National Council in 2015 which approved the current cabinet, headquarter staff, annual budget and the strategic plan,” Osinde said.

He added that, “Since we took over power, the party has faced a lot of court battles which have dragged us back; we were able to successfully challenge nine cases but some are still pending.”

The Party mouth piece added that, “We also faced the freezing of the party bank accounts in Orient Bank were we have Shs400m locked there and due to such, we could raise resources to hold the annual National Council meetings.”

He observed that the party has however mobilized some funds from different members and supporters within the country and in the diaspora and are now ready to fulfill the constitutional requirement. 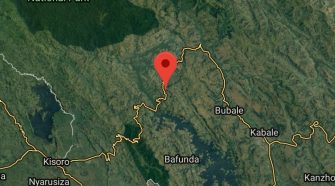