The country has Tuesday woken up to the sad news of the death of the former Vice President of the opposition party, Uganda Peoples’ Congress (UPC), Joseph Bossa, also a husband to Lady Justice Solome Balungi.

Bossa’s death was announced by the Judiciary Spokesperson, Solomon Muyita through his social media platforms.

“We regret to announce the sudden passing of Mr. Joseph Bossa, the husband to the Hon. Lady Justice Solome Balungi Bossa of the International Criminal Court which occurred in The Hague, Netherlands,” noted Solomon Muyita the Judiciary Spokesperson.

Bossa has been leading a faction of UPC members having replaced Olara Otunu as parallel President. He led the faction that rejected the election and leadership of Lira Municipality MP, Jimmy Michael Akena as UPC President.

The deceased lost to Akena during the party’s district conference elections in 2015.

According to Peter Walubiri, the Vice President in the Bossa faction, Bossa UPC had traveled to Netherlands for further treatment and had undergone operation due to Cancer of the Colon.

“He was under treatment for Colon Cancer though I don’t know yet the immediate cause of his death. So sad that we have lost him, we pray for his soul and thank God for his life among us,” Walubiri told SoftPower News.

The faction Deputy Spokesperson, Emmanuel Rukundo expressed sadness for the loss of a senior Ugandan who has served his party and the country with excellence.

“It is so sad that our President has passed on. I last talked to him a few weeks ago and he had gotten better, but we thank God for his excellent leadership,” Rukundo said.

Bossa was in March this year allegedly expelled from the party by Akena administration on grounds that he was showing out as a Party President as well as leading a parallel faction.

Joseph Bossa assumed party leadership after resignation by Olara Otunnu in May 2015 whose leadership was overturned on May 30, 2015 after the District Conference Elections of the party that saw Akena voted President with landslide victory. 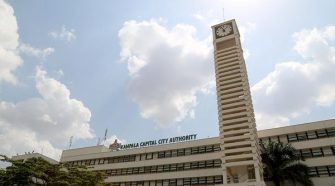