Military armed forces from Eastern Africa that make up the East African Standby Force (EASF) have completed a field training exercise on peacekeeping at Gebeit Training Area in the Republic of the Sudan.

The Minister commended the support and cooperation from EASF partner countries. He noted that the participation in the training was a clear manifestation of their commitment towards peace and security in the region and the global community.

Uganda’s Minister of Defence and Veteran Affairs in charge of General Duties Col (Rtd) Okello Engola and the UPDF Deputy Chief of Defence Forces Lt Gen Wilson Mbasu Mbadi were among the guests present at the closing ceremony.

The just concluded ‘Mashariki Salaam 2’ training becomes the third exercise of the EAF aimed at enabling the Force to maintain operational readiness and enhance interoperability.

The first exercise took place in 2009 in Djibouti after the first Command Post Exercise (CPX) in Nairobi Kenya in 2008 while the second was held in Jinja, Uganda in 2013 following the second CPX in Khartoum Sudan in 2011.

The objectives of the exercise in Sudan included validating the EASF Operational Concept and Standard Operating Procedures (SOPS), validating mission sustainability and support concept and improving cooperation as well as interoperability between the equipment force elements and components of EASF.

It further sought to enhance awareness of the EASF within the region and the continent and maintaining and enhancing regional cohesion and cooperation. 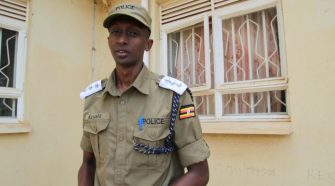