The UPDF has concluded the nationwide recruitment exercise, describing it as a success.

The recruitment started on December 27, last year and was held in different parts of the country. During the exercise, the army sought to reinforce its capacity with an additional 4,000 personnel.

Article 51 and 52 of the UPDF Act, 2005 give UPDF authority to recruit Ugandans who meet the standards prescribed in all districts of the country.

The Ministry of Defence spokesperson, Brig Richard Karemire said in December that the recruitment was in line with the Ministry’s comprehensive program undertaken in 2004 to transform UPDF into a modern, professional and accountable force to civilization authority.

It is an opportunity for UPDF to to fill gaps created by retirements and also tap skills of personnel with competencies in science subjects required in the modern army, he added.

He said the undertaking has enabled UPDF to acquire requiste skills and capabilities to defend and protect the sovereignty and territorial integrity of Uganda.

In a statement issued Sunday, Brig Karemire said the exercise achieved its intended objectives and that all districts participated actively.

“The overall process attracted thousands of enthusiastic and patriotic youth who willingly offered themselves to serve the country in the noble military profession, Brig Karemire said.

“Regrettably, not all those who came to the various centres could be taken on because of the limited vacancies available in the force. Only 4,000 slots as earlier communicated were available and subsequently filled”.

The UPDF has extended gratitude to the families that have volunteered to offer their sons and daughters to become members of the national army.

“These recruits are most welcome and as they begin their military career, they will add value to UPDF modernization thus contributing to the sustainment of peace and stability on our country”.

Eligible candidated for the recruitment were required to be healthy and medically fit, Ugandan citizens between the age of 18-25 years and professionals between 18-30 years.

They also had to be single with no children and possessing a minimum formal education of UCE or UACE in science subjects.

For professionals, only degree or diploma holders in medicine, chemistry, engineering, education and vocational skills was required. 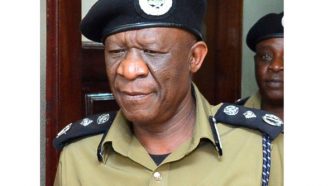