The UPDF has confirmed that the man who shot and killed two people in Masaka has been shot dead.

The killer is said to have been a member of the Reserve Force of the UPDF.

CCTV footage seen by this news site, shows the armed security officer fist bumping and interacting with a man riding a motorcycle who later walks back to his motorcycle. Later, a woman emerges from a shop and walks towards the motorcycle.

The armed officer then approaches the motorcycle and is seen engaging the woman and rider in a short exchange before opening gunfire, at close range, at the motorcycle rider and the woman.

The  killed man has been identified as Musasizi Francis, an LC I Chairman of Lutovu B village Kigeye Parish Malongo sub county in Lwengo district while the woman was a business woman resident in the same area.

The shooting took place outside Dr. Byansi’s pharmacy and clinic at Elgin street in Masaka town at about 1 pm.

According to police, Muyaga Robert (armed reservist ) believed his wife Nagasha had an affair with Musasizi and trailed the two in Masaka town where Nagasha had gone for medical treatment at Byansi clinic being ridden on Motorcycle UDU 629K by Musasizi.

It has now emerged that the killer was shot dead following a hunt mounted by the military in Masaka.

Army spokesperson, Brig Richard Karemire said the killer was shot dead in an exchange of fire with a UPDF squad while resisting arrest.

“At a press briefing in Masaka, I condemned the shooting by a member of the reserve forces that resulted into the death of two civilians,” Karemire said.

“The killer has since been shot dead in an exchange of fire with a UPDF squad while resisting arrest .We convey our deepest condolences to the bereaved families. Investigations into the incident have commenced,” he added. 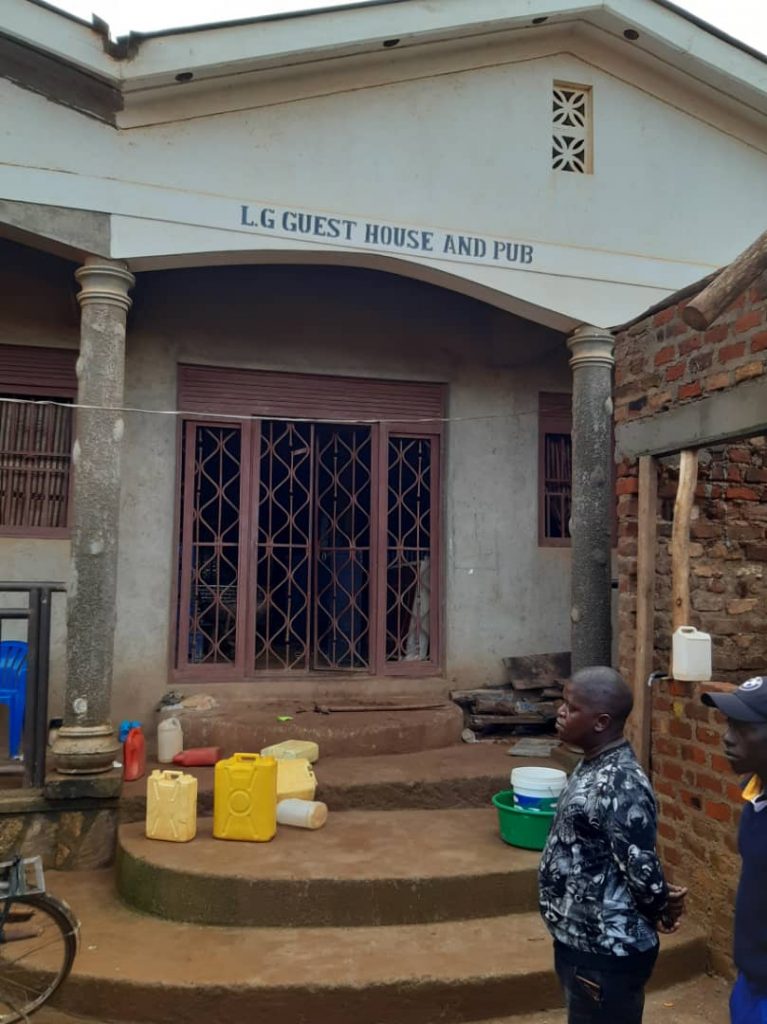