The tragic incident occurred on Monday.

According to Tanzania Aviation, Nelson was flying an Auricair plane to Arusha to pick tourists before it crashed.

The UPDF spokesperson, Brig Richard Karemire said Uganda’s Chief of Defence Forces, Gen David Muhoozi and the entire UPDF fraternity commiserate with Gen Mabeyo and his family on their loss.

“The Chief of Defence Forces Gen David Muhoozi and the entire UPDF fraternity commiserate with Gen Mabeyo and his family upon this great loss,” Karemire said.

“Uganda remains eternally grateful to the people of the Republic of Tanzania and the Tanzania People’s Defense Forces (TPDF) for their brotherly contribution towards the liberation struggle  and professionalization of the UPDF”. 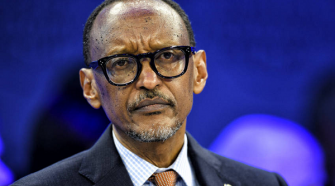