The Uganda People’s Defence Forces (UPDF) has come out to explain circumstances under which an elderly woman and mother to a late soldier collapsed and instantly died while in a lift of building in Kampala.

The incident took place at around 11am at Postel building which also the building that houses the offices of the Ministry of Defence and Veteran Affairs’ Directorate of Veterans at the 7th Floor.

According to Lt Col Deo Akiiki, the Deputy Defence spokesperson, an elderly woman who has since been identified as Masumba Annet, 76, the mother to the late Lt Andrew Muduli, collapsed and died instantly in a lift.

She was born in Mbale district, Mbale Municipality, Wanale sub county, Busamaga parish, Butandiga Cell and at the time of his death, he was in company of his son identified as Wagidoso Wasolo, and a Ministry of Defence staff, Apollo Welishe.

Akiiki says the two were climbing the steps to access 7th floor but later decided to use the lift where Annet collapsed.

“Police was also called in to do other procedures. The body was taken to Bombo General Military Hospital for Postmortem and further management,” he adds.

The Deputy Defence spokesperson says at the time of her death, Masumba Annette was the one responsible for the estate of her late son, a UPDF soldier who passed on in 1999.

“Annet had received Gratuity money and by the time of her death she was receiving monthly pension payments,” he explains.

“It is believed that she wanted to access the offices of the Directorate of Veterans Affairs to follow up on the same matter,” he adds.

He further reveals that it has also been established from her son that she has been battling with athritis and high blood pressure.

The Directorate of Veterans Affairs encourages all pensioners and claimants under the ministry of Defence and Veterans affairs to utilize the established zonal offices in their districts as the first point of call instead of coming to the Ministry headquarters, says Akiiki.

SoftPower News understands that Annet Masumba is the widow of late Amb Nawita Masumba who served in DR Congo.

May her soul rest in peace. 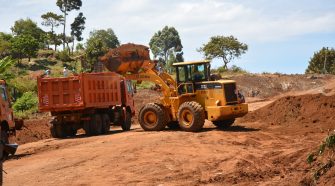