Last night, this news site reported the resignation of 3 commissioners and another senior official of the Uganda Revenue Authority. The tax body has in a statement issued on Saturday afternoon confirmed the resignation.

“The Authority would like to inform the public that on 28th May, 2020, the URA Board of Directors sat and made recommendations concerning the reorganization and Management of URA,” reads URA’s statement.

“On the 29th May, 2020, the following
Senior Officials chose to resign and the Board has accepted their resignations. The said staff are; Mr. Dicksons Kateshumbwa, Mr. Henry Saka, Mr. Silajji Kanyesigye Baguma and Mr. Samuel Kahima.”

Mathew Mugabi has been appointed as Acting Commissioner Tax investigations.

James Kizza has been appointed as Acting Commissioner
Corporate Services.

Other Senior Management positions are not affected by the changes.

“Management wishes to reiterate that Integrity, Patriotism, and Professionalism will define the new era at URA,” says the statement. 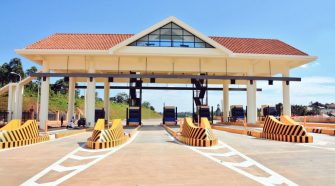