Tax body, Uganda Revenue Authority (URA) has reported that it exceeded its target for revenue collections for the concluded 2018/19 financial year by Shs 258bn.

The Commissioner General of URA, Doris Akol revealed this at a news conference on Monday while releasing the revenue performance report for the year concluded in June.

She told reporters that over the last 5 years, tax to GDP ratio increased by 2.27 percent points and specifically, the tax to GDP ration in 2018/19 grew by 0.78 percent higher than the IMF target (0.5 percent).

Akol also reported that net collections for domestic taxes for the same period were Shs 9.7 trillion, with Shs 265bn above the target. In terms of year-on-year growth, this represented a 17.6 percent growth compared to 2017/18.

URA also reports that the net international trade tax collections were Shs 6.8 trillion with Shs 340m above target. This is a 10.8 percent growth compared to 2017/18.

In the 2018/19 financial year, Uganda’s economy grew by 6.1 percent against a projected growth of 6 percent. This growth was driven by mining and quarrying sector (at 17.6 percent), trade and repairs (6.6 percent), construction (5.7 percent), Manufacturing (4.4 percent) financial insurance activities (8.3 percent) and public administration (10.6 percent).

Some of the initiatives that government undertook which drove this performance include the Taxpayer Registration Expansion Project which seeks to further penetrate the informal sector which accounts for 48 percent of the economy. A total of 166,663 new taxpayers have been added onto the URA tax register.

Akol also cited the construction of the URA tower which now houses all Kampala based URA stations and all other departments. This has reduced the cost of tax administration in terms of rent, transport and other costs.

Regarding customs enforcement, during the 2918/19 financial year, 9,152 seizures were made out of which 8,000 were dutiable goods and 1,152 were non-dutiable. All together, these yielded Shs 78.48bn. The most smuggled goods included electric cables, rice, neutral spirit, garments, chewing gum, textiles, wines, footwear among others. 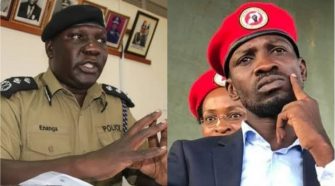