Revenue generated from the controversial tax levied on Over-the-top (OTT) services for internet users seeking to access social media platforms in Uganda in 2018 fell short of Shs 234bn in the 2018/19 financial year.

This is according to the annual revenue performance report released by tax body, Uganda Revenue Authority (URA) on Monday.

Doris Akol, the URA Commissioner General told reporters on Monday that government targeted to collect Shs 284 bn from OTT taxes during the 2018/19 financial year but that this was not achieved.

Over-the-top is a term used to refer to content providers that distribute streaming media as a standalone product directly to viewers over the Internet, bypassing telecommunications, multichannel television, and broadcast television platforms that traditionally act as a controller or distributor of such content.

“The story for OTT is very very different. It was targeted at Shs 284bn, we only collected 49.5bn with a deficit of Shs 234bn and performed at 17.4 percent against what was targeted,” she said.

“So, OTT did not perform well at all”.

She attributed the low revenue collection to the use of WiFi and continued reliance on Virtual Private Networks (VPNs) to avoid the tax.

“I think maybe something needs to be studied a little bit more, to see how this tax head can perform better,” Akol said.

However, regarding the Mobile Money tax which was introduced at the same time with OTT tax registered a surplus.

In July of last year, government introduced a tax where subscribers are required to pay a daily fee of Shs 200 to URA, before accessing their social networking Apps like Facebook, Twitter, Instagram, WhatsApp and others.

The proposal to have these taxes levied was first raised by President Yoweri Museveni in March 2018.

Museveni in his March 12 letter to the Minister of Finance, Matia Kasaija, described the ax measure as a deliberate move to stop what the President called Lugambo (gossip), but also increase government revenue.

“I am not going to propose a tax on internet use for educational, research or reference purposes, these must remain free. However, olugambo on social media (prejudices, insults, friendly chats) and advertisements by Google, and I do not know who else, must pay tax because we need resources to cope with the consequences of their lugambo,” Museveni explained in a letter.

The President who blamed Finance Minister Kasaija for “lack of seriousness” in identifying sources of revenue, was optimistic about increase in the local revenue collection.

But Ugandans on social media strongly protested the move while others vowed they would resort to using Virtual Private Networks as a demonstration of defiance. Currently, there is a sizeable number of internet users in Ugandans who are still using VPNs.

o ensure security, the private network connection is established using an encrypted layered tunneling-protocol and VPN users use authentication methods, including passwords or certificates, to gain access to the VPN.

In other applications, internet users may secure their transactions with a VPN, to circumvent geo-restrictions and censorship, or connect to proxy servers to protect personal identity and location to stay anonymous on the Internet.

Users of VPN in Uganda argue they are not ready to remit taxes that government has failed to account for, citing corruption.

Some campaigners said social media tax would infringe on the freedom to access information and that this was a deliberate attempt by government to clamp down on political dissent. 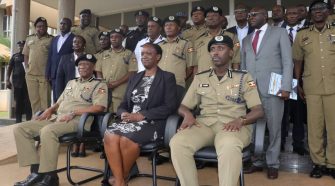