Officials from Uganda Revenue Authority (URA) have proposed that government considers amending some of the tax policies in the country so as to do away with taxes that are under performing as well as boosting the morale of Ugandans to pay tax.

URA officials led by the Commissioner General, Doris Akol made the call on Tuesday while appearing before the Parliament Committee on Finance chaired by Rubanda East MP Henry Musasizi.

The team from the tax body was presenting the authority’s budget Framework paper for the next financial year 2019/2020.

Among the taxes that URA wants government to scrap include; the social media tax, known technically as the Over the Top (OTT) tax, tax on verifying land titles, renewing passports, driving permits among others.

Over-the-top is a term used to refer to content providers that distribute streaming media as a standalone product directly to viewers over the Internet, bypassing telecommunications, multichannel television, and broadcast television platforms that traditionally act as a controller or distributor of such content.

Akol told the members on the committee that URA has found it hard to collect the OTT tax and has thus not hit the target collections since a number of people have dodged paying it.

It should be noted that several people including government officials and members of Parliament have since installed Virtual Private Network (VPN) on their devices as a way of evading the tax which has cost government revenue.

Users of VPN in Uganda argue they are not ready to remit taxes that government has failed to account for, citing corruption.

Akol advised that there is need to amend the Excise Duty Act and have a policy shift to directly charge OTT on data as opposed to paying it through mobile money services.

“We are proposing to amend Schedule 2 of the Excise Duty Act to look at possibly putting Excise Duty on data. This would counteract the effects of OTT, to make it a bit more efficient to collect tax on data instead of the OTT which is highly evaded and is not performing well,” Akol said.

The contentious tax on accessing social media platforms was introduced by the government and passed by parliament in 2018 after a heated debate and widespread public outcry.

Since the introduction of the tax, social media users who never installed VPN on their communication gadgets are required to pay Shs 200 daily tax to access sites such as Facebook, Twitter and Whatsapp.

The tax regime followed a directive from President Yoweri Museveni who argued that the tax would cut on the amount of time that Ugandans spend gossiping on social media, on top of enhancing the URA revenue pool which perhaps has not worked as expected.

Akol has also noted that there are other taxes that need to be abolished since they have worked much to kill the tax morale among the tax payers.

She cited tax charges on verification of land titles, renewing passports, driving permits among others.

Akol said that once such taxes are abolished, Ugandans would once again have more energies to pay tax as required by law.

The committee Chairperson, Henry Musasizi has tasked the officials to return to the committee at a later date with the Minister of Finance and the Permanent Secretary to the Treasury to explain the policy shift regarding OTT.

In July last year, URA revealed that revenue generated from the OTT tax fell short of Shs 234bn in the 2018/19 financial year. This was according to the annual revenue performance report.

Doris Akol, told reporters at the time that government targeted to collect Shs 284 bn from OTT taxes during the 2018/19 financial year but that this was not achieved.

“The story for OTT is very very different. It was targeted at Shs 284bn, we only collected 49.5bn with a deficit of Shs 234bn and performed at 17.4 percent against what was targeted,” she said.

“So, OTT did not perform well at all”.

She attributed the low revenue collection to the use of WiFi and continued reliance on Virtual Private Networks (VPNs) to avoid the tax.

“I think maybe something needs to be studied a little bit more, to see how this tax head can perform better,” Akol said. 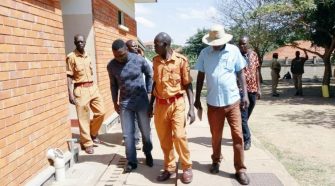