GOMA – On Monday, the US embassy in Kinshasa closed and beefed up security around the embassy facility following credible and accurate information about a “possible terrorist threat” against its facilities in the Democratic Republic of Congo (DR Congo).

“The United States Embassy in Kinshasa has received credible and specific information of a possible terrorist threat against US Government facilities in Kinshasa,” a statement posted on its website on Saturday said.

“US citizens in Kinshasa and throughout the DRC are strongly encouraged to maintain a heightened level of vigilance and practice good situational awareness. Monitor local media for updates.”

The security is also deployed at the US Cultural Center where access is prohibited to vehicles going towards the Commercial Corporation of Transportation and Ports (SCTP).

Presidential and parliamentary elections due Dec. 23 are being held two years late, after the commission failed to organize balloting in December 2016. The central African nation, the world’s biggest source of cobalt, hasn’t had a peaceful transition of power since independence in 1960.

DR Congo, the world’s largest source of cobalt, has for more than 20 years failed to defeat local and foreign militias in the east, which has deposits of tin, gold and coltan.

One of the militia groups include Allied Democratic Forces (ADF) which has been active in Congo since 1993 and killed eight peacekeepers  and 12 Congolese soldiers on November 12 in the eastern city of Beni in North Kivu.

UN experts argue other militias and senior Congolese army officers have been involved in planning and carrying out the massacres.

“The only solution to insecurity in our country is change in the leaders and I think we shall achieve the change and our government provides security to all Congolese people,” said Martin Fayulu, the candidate of the opposition.

DR Congo is also facing Ebola outbreak which has killed over 200 people since August 1. The battle to contain the disease has been undermined by attacks by armed anti-government groups.

The United States has called on the African nation to seize its “historic opportunity” to hold a “credible election” that could ease its humanitarian problems and boost stability. 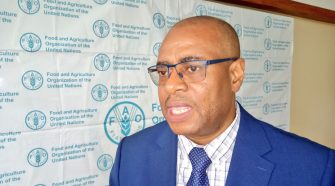