As the search for the missing American tourist and Ugandan tour guide enters the third day, the Uganda Tourism Board, the government agency charged with marketing Uganda’s tourism has asked for coordinated communication to avoid creating a crisis.

On Tuesday this week, there was an unprecedented incident in the Queen Elizabeth national park in which an American tourist named Sue Kimberly and a Ugandan driver named Jean Paul were abducted by four men said to have been armed.

The van in which the group was traveling while on a game drive was waylaid and the two persons taken hostage. An elderly couple (foreign tourists) that was also in the vehicle was left. They later made contact with the lodge where they were residing and they were rescued.

Security agencies including Police and the army have since deployed around the areas with hopes to find Kimberly and Jean Paul. Their captors have demanded a ransom of USD 500,000 (Shs 1.8bn).

“However, it is our utmost recommendation that communication is streamlined in order to guide messaging and avoid anything that could further dent Uganda as a tourism destination,” UTB said in an advice note issued Friday.

The agency advised that all stakeholders making outbound communications ensure this is done seamlessly across the board.

“Uganda Wildlife Authority (UWA) should take the lead in sharing of updates from the field with the other stakeholders. Uganda Tourism Board will share input and advise so as to ensure synchronized communications,” UTB added.

“For the time-being, the best mode of communication with the media should be through joint press statements and media updates as opposed to press briefings. Media briefings will expose us to a barrage of queries that may instead derail our messaging”.

Whereas the agency proposes that regular updates on the matter be made in the media, it is cautioning against giving away too much information “that could jeopardize the ongoing operations by the security agencies”.

Police has also been asked to notify other stakeholders before releasing information or holding press briefings regarding the ongoing situation. This, according to UTB, will ensure that all stakeholders’ interests are taken care of and information doesn’t get mixed up.

“We also propose that the stakeholders; UWA, UTB reduce on their social media activity, unless when sharing press statements. This will protect us from the ‘keyboard analysts’ who will fan the flames and derail our messaging”.

UTB underscored the fact that Tuesday’s incident is isolated and that the country is secure and that visitors are safe to come visit our various tourist attractions. 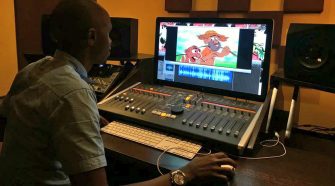